New York's Plainville Fire Department put on ice rescue suits to save a small dog that ended up stuck on the ice-covered Seneca River. 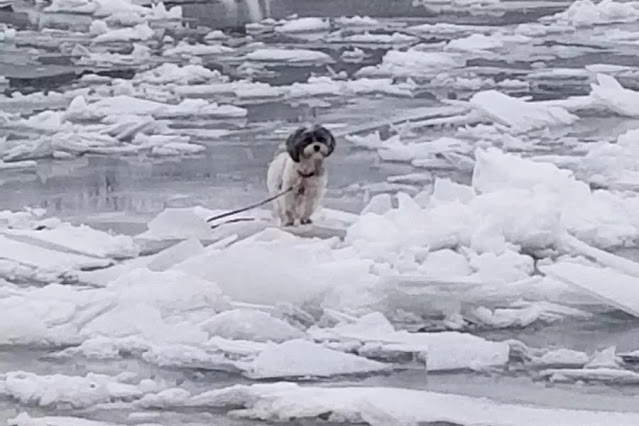 Don't go chasing geese, or you might find yourself in a chilly situation.

On Thursday, New York's Plainville Fire Department received a call about a curious canine that broke away from its owner to chase geese out into the middle of the frozen Seneca River in Lysander, according to a Facebook post from the department.

Unfortunately, after pawing over 30 yards out onto the icy waterway, the Shih Tzu became stuck when its leash, which was still attached to the pet's collar, got caught on the ice, Syracuse.com reported.

Local sheriff's deputies and firefighters responded to the call about the stranded dog. After arriving, a rescue crew from the Plainville Fire Department used specialized ice rescue equipment provided by the Jordan Fire Department to save the pooch. 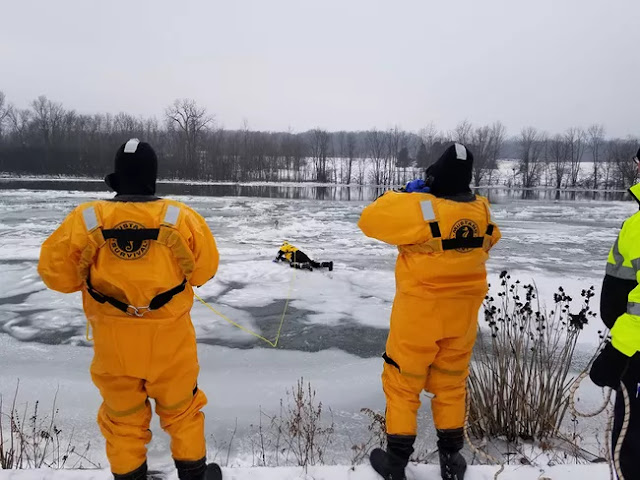 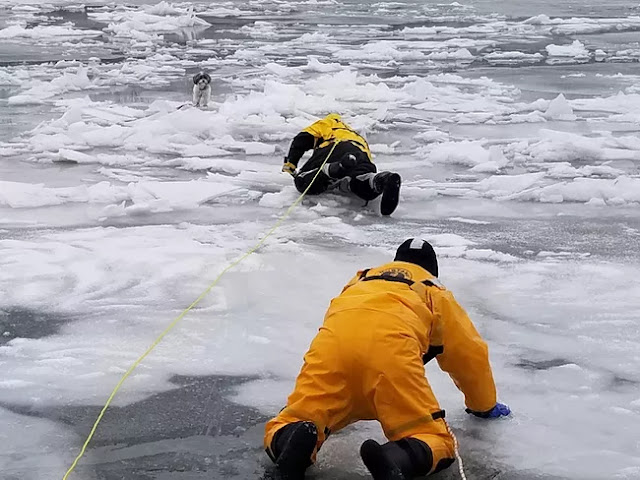 Firefighters wearing ice rescue suits crawled out onto the ice until they reached the pet, at which point they freed the dog's leash and slowly led the pup back to land.

The Plainville Fire Department posted photos from the rescue on Facebook. The shots show rescuers on their stomachs maneuvering out to the small grey and white dog, who is shown surrounded by large chunks of ice. 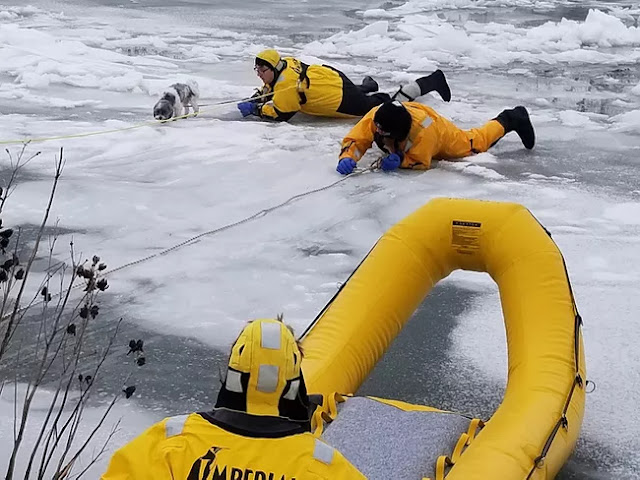 Commenters on the post thanked the fire department for taking the time to save an animal in need.

"Great job rescuers!! Man or beast (doggie) doesn't matter to you!!" one commenter wrote. "Thank you to everyone who helped save this little dog! That is no easy task," another added.