Skinny Vinnie: The Overweight Dachshund Who Lost Half His Size And Gained A Forever Home

Vinnie lost more than 20 pounds to reach a healthy weight 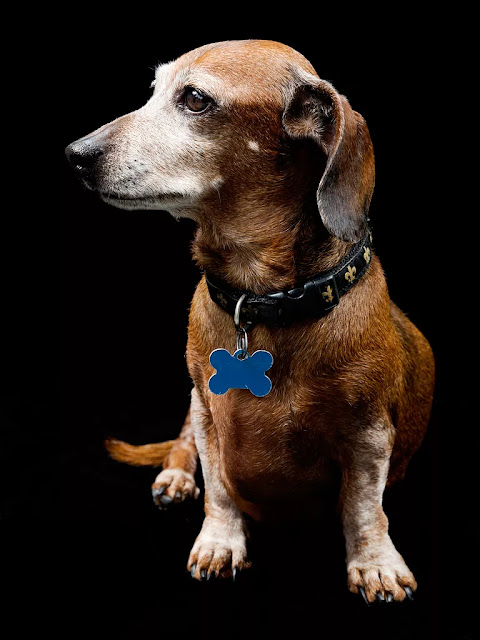 “I typically go through the Starbucks drive-thru in the mornings and the first time I went through with him in the car, he absolutely freaked out,” Anderson previously told PEOPLE in December. “He jumped up into the passenger seat and then he came over to the window. I think he was probably getting a lot of fast food — when the owner went through he also got something.”

After agreeing to foster Vinnie, he was put on a healthier diet combined with swimming up to four to five times a week and walking for about an hour a day to not only lose weight, but also lower his cholesterol level.

Now Vinnie is much more mobile.

“I’ve got like four steps down to my yard and getting up and down those steps he couldn’t do,” Anderson says. “So, I had to carry him down the steps and up the steps, but now he just zips right up them. It’s really made a huge difference in his energy level.”

Vinnie has also experienced great change in his emotional being. In December Anderson said the initial signs had pointed to depression.

“First of all, he didn’t eat for two days. This is a huge dog that obviously has a tremendous appetite. Then he goes under the covers and just pretty much stays there,” she explained. “He still has a little bit of an occasional sadness to him. He’s very happy when he’s out on walks, in the swimming pool, he loves to cuddle, but he gets his feelings hurt easily and he goes under the covers.”

Anderson says he would spend most of his day on his side barely lifting his head up.

“It was just really sad.”

But by mid-October, after a few months of exercise and a better diet, his spirits were lifted.

Anderson (who has three other Dachshunds) says her initial plan was to find him a forever home with another family, but she fell in love with him too much to give him away. Jack Thompson

“I can’t imagine letting him go. He’s always looking to see where I am and when I leave and come home, he’s the happiest dog in the house that I’m home,” she says. “It’s just that feeling I have that he’s worried [about] when am I going to leave and never come back again. I can’t do it.”

Anderson, who strongly advocates for dogs like Vinnie to be rescued from shelters, says he has also added a lot of happiness to the lives of her husband Mike, 62, and daughter Emily, 17.

“We just want him to know what a forever home is like,” Anderson says. “I thought I could find him the best home ever with all the publicity he’s gotten — he’d probably be flying on private jets, you know. But, I just feel like I don’t want him to go through it again. I just really feel like he needs to stay right where he is.”