Social Media Users Stunned by Size of Big Rottweiler Pup Who ‘is Going to be Huge.

Rottweilers are one of the largest and heaviest breeds in the dog world. Their energy is also much higher than other dogs. So many people dreaming of adopting them because of their appearance, strength and size. And they are among the 10 most popular breeds in the world. 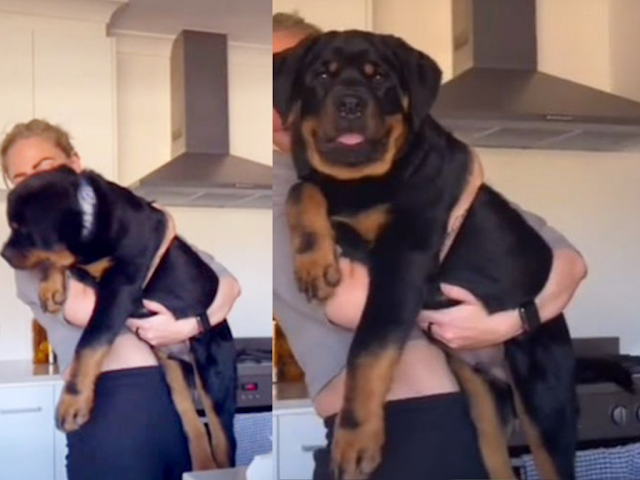 According to the video, the owner of this 15-week-old rottweiler, named Bosco, couldn’t even hold him in her arms. Many dog ​​lovers who watched the video were completely excited by the size of the dog. One said he would soon grow like a horse. And another said he would be between 140 and 160 lbs. He also said that his last Rottie was 80 lbs at six months and weighed 160 lbs at two years old.

A 15-week-old Rottweiler is very easy to hold. But it is really difficult to hold this rottweiler puppy. But how much he is big, he was actually a very obedient and gentle puppy.