Surprise! Kylie Jenner Gets (Another) New Puppy as an Early Birthday Present 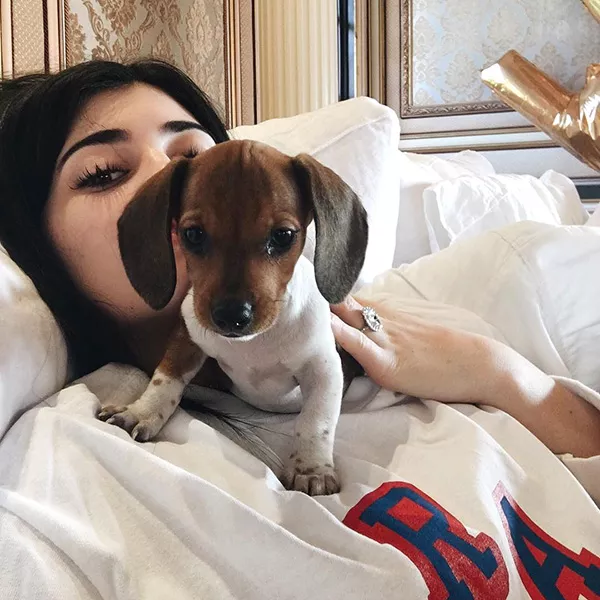 On Saturday, the 18-year-old makeup mogul was given a new puppy as an early birthday present from her friend Jordyn Woods. The entire canine-centric day was captured on Jenner’s Snapchat and Instagram, where she fussed over her adorable new dog and her “spotted paws.”

While showing the new pup playing with her other furry friends, Jenner asked her dachshund Ernie if he “has a new girlfriend now” as he excitedly circled the little addition.

“Ernie I’ve never seen you like this before,” Jenner said.

The reality star later showed a video of the big reveal, with Woods and a group of friends carrying the new dog through Jenner’s house to surprise her ahead of her birthday, which is Aug. 10.

Jenner was clearly legitimately surprised, gasping and covering her mouth once she saw the little pup.

She also documented two very important parts of new-dog ownership: potty training and naming the puppy, whom she decided to call Penny.