The Mini Countryman Goes to the Dogs

Thirty-nine percent of households in the U.S. own at least one dog. Like 24 percent of dog owners, I own two. Given that so many Americans own dogs, when I’m testing a car I like to evaluate how well that car works for dog owners. Many car makers expressly prohibit reviewers from putting dogs in their test cars. But, when I recently tested the Mini Countryman, there was nothing in the loan paperwork that said my dogs couldn’t go for a ride. 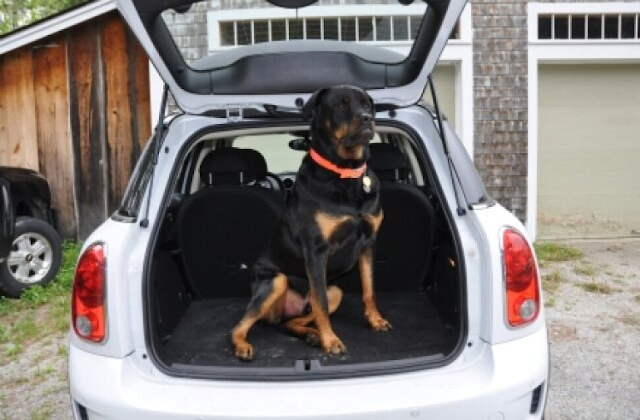 I used the Countryman to take my larger dog, Gunny, to obedience school. I usually have my dogs wear seatbelts in the car, and I recommend you do too. In a crash at 30 miles per hour, my smaller dog, Dyna, would exert 1500 pounds of force on anything (like me, for example) she hit. At 60 mph, she’d exert 6,000 pounds. That’s more than most cars weigh. Gunny weighs 106 pounds, so in a 30 mph crash he’d exert 6,000 pounds of force, and at 60 mph he’d hit me with 10,000 pound of force – that’s more than some full-size pickup trucks can tow.

I couldn’t find Gunny’s seatbelt, however, so I thought he might be able to ride safely in the Countryman’s cargo area. Ideally, a dog in the cargo area would be separated from the passenger compartment by a metal gate that could keep the dog from flying forward in an accident. The backseats in the Mini were high and the space between them that goes into the cargo area is small, so I figured that Gunny would be well contained. 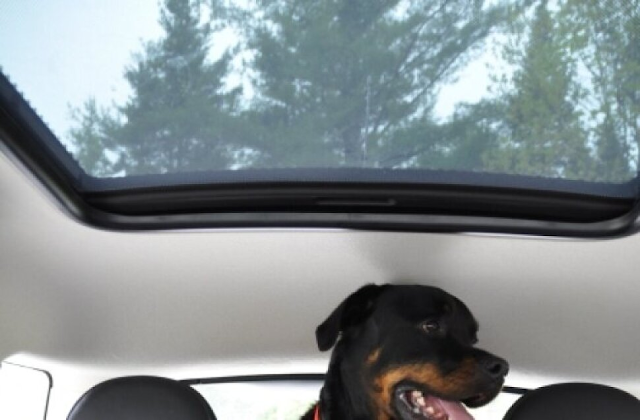 I was wrong. After about five miles in the cargo area, Gunny slipped through the space between the backseats into the passenger area. If you’re worried about the durability of the Countryman’s center rail system, don’t. While getting into the backseat, Gunny stood on it and it wasn’t any worse for wear. Once in the backseat, Gunny tried to get comfortable. While I found the space roomy, Gunny spent most of the ride trying to curl up on the passenger side. When that failed, he sprawled across the center rail. Even if I had found Gunny’s seatbelt, I doubt he could have ridden in the backseat comfortably. 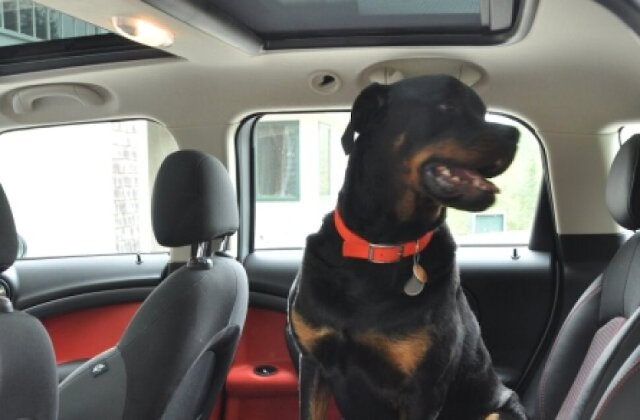 Gunny had more trouble getting comfortable, and he got the seats dirty.

At 70 pounds, Dyna fit in the backseat.

On a trip around town, my smaller dog, Dyna,  fit in the backseat just fine while wearing her seatbelt. 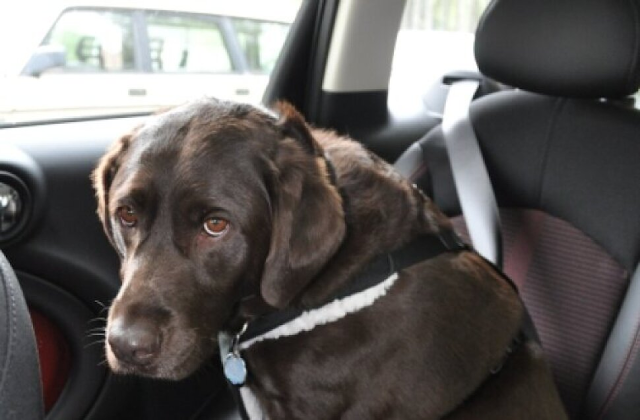 Gunny hopped back into the Countryman after a muddy obedience class and I immediately saw why carmakers don’t like dogs in their press cars. By the time we got home, the Countryman was filthy. Dog hair was in the center rail, paw prints were all over the seat and sand was all over the floor. 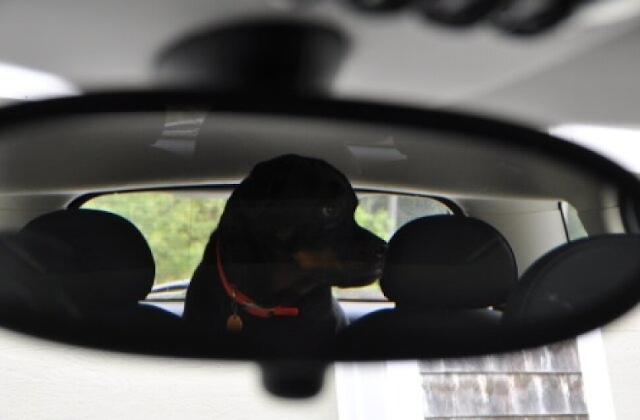 But, I was pleasantly surprised by how easy the interior was to clean. A few passes with the shop vac and a damp cloth, and you never would have known that it was used as a school bus for a very dirty Rottweiler.

Based on my time with it, the Countryman works for people with dogs, but it would be nice – and safer -- if Mini had an aftermarket solution that would contain dogs in the cargo area. Also, people who own big dogs, like Gunny, will probably want something just a bit bigger.