This Rescued Pet Rat And Dog Are The Best Buddies Ever

Ok, so we all know that unlikely animal friendships are more likely to happen than you might think, but this mismatched pair is one of the strangest and cutest relationships we've ever seen.

Street rats have terrible reputations in urban areas, leading many to write off the idea of pet rats entirely as unsanitary and incomprehensible. However, breeder-bought pet rats, like Riff Rat, are actually pretty sensible pets for cramped city apartments. Their cages don't have to take up much floor space (most owners build their cages vertically, not horizontally), they spend most of their day cleaning themselves, and they keep themselves plenty occupied with cheap materials like cardboard tubes and empty tissue boxes. 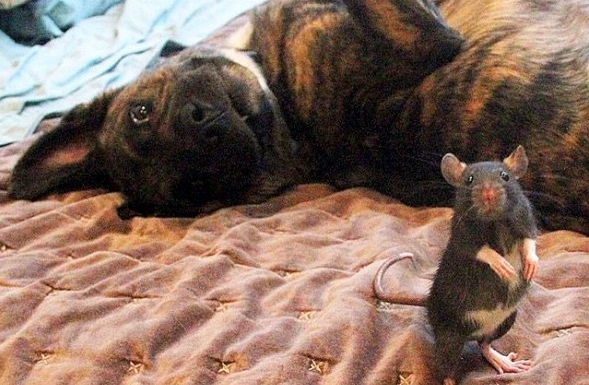 Riff Rat and Osiris have proven themselves to be one of the most affectionate and trusting pairs ever caught on film—in several shots, Riff is shown placing almost his entire body inside Osiris's mouth so that he can clean his pal's teeth.

They snuggle, they play, they lick each other's faces—what's not to love? 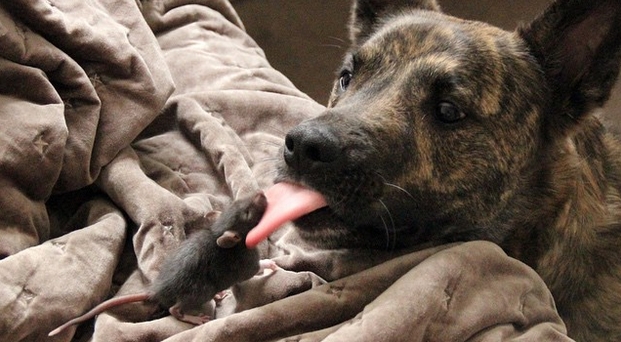 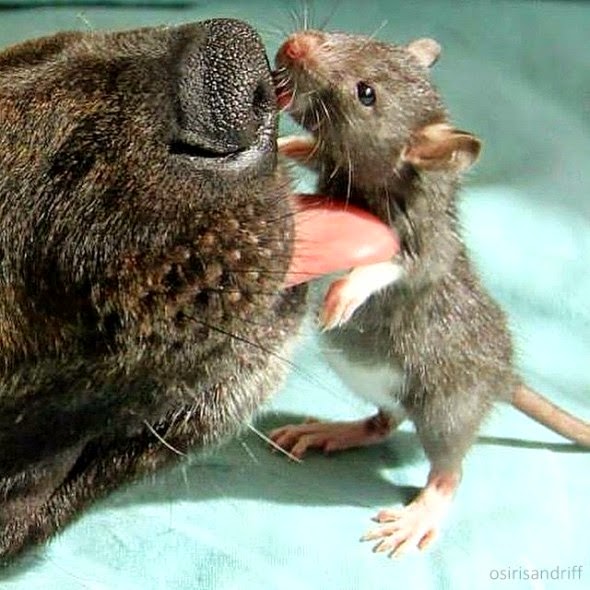 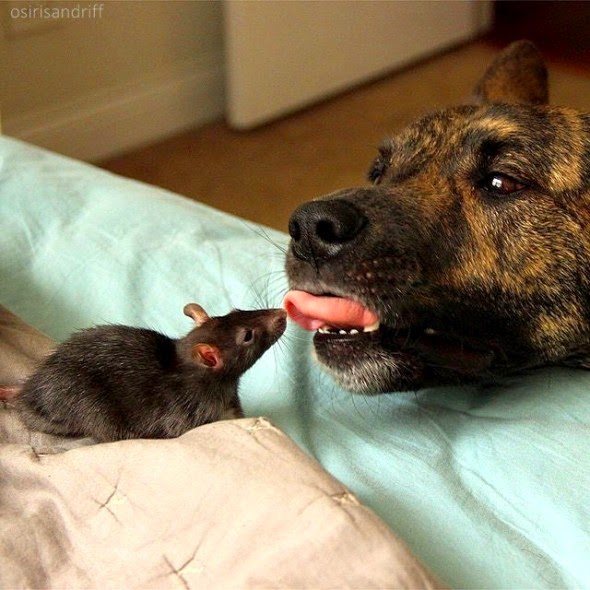 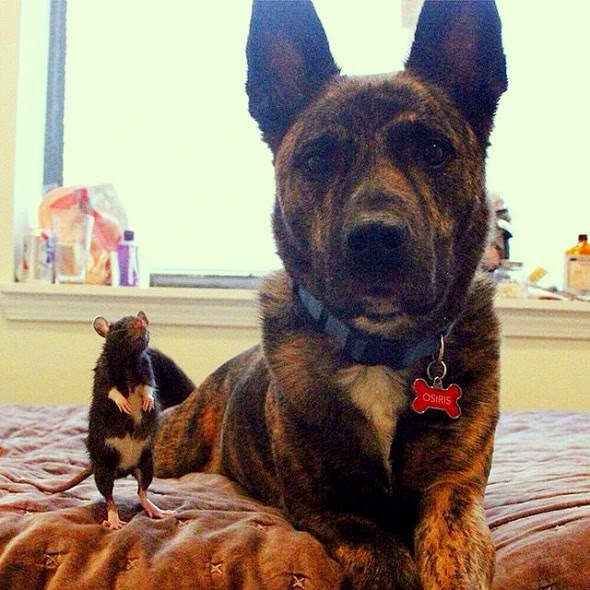 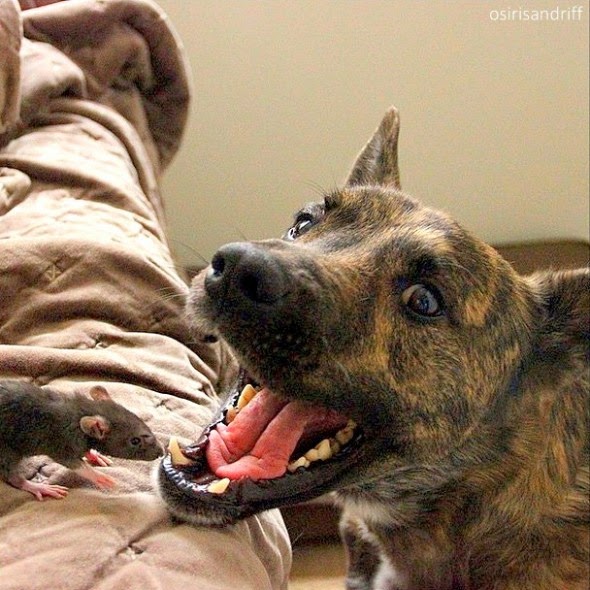 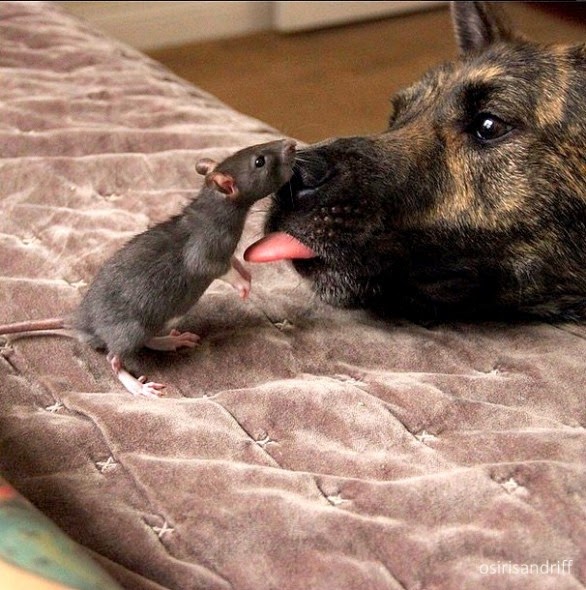 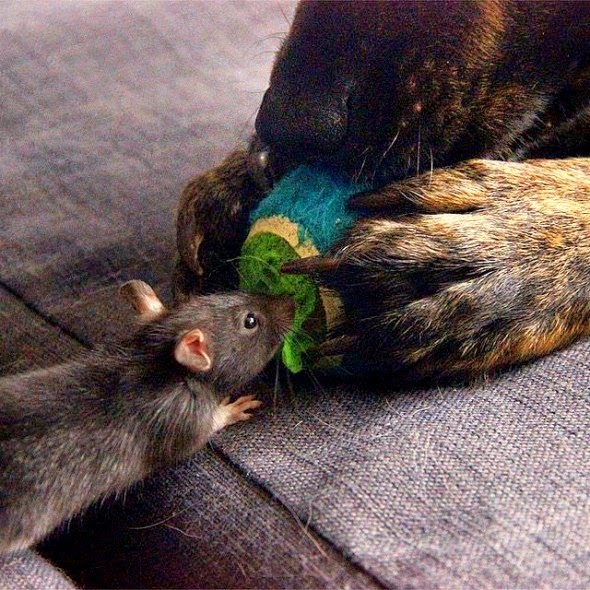 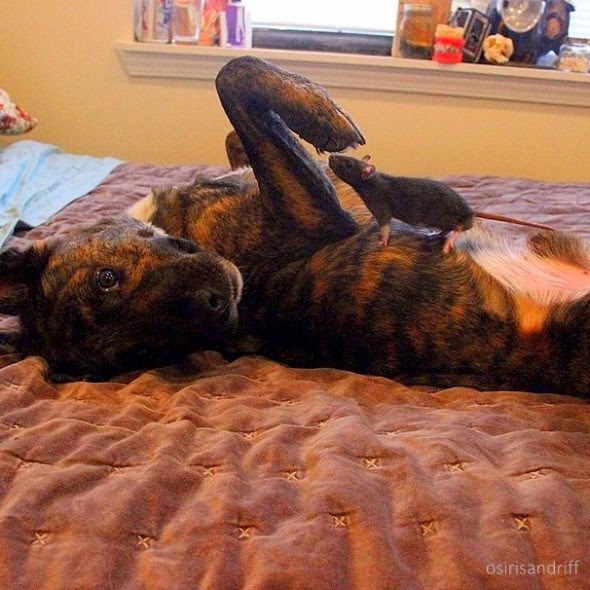 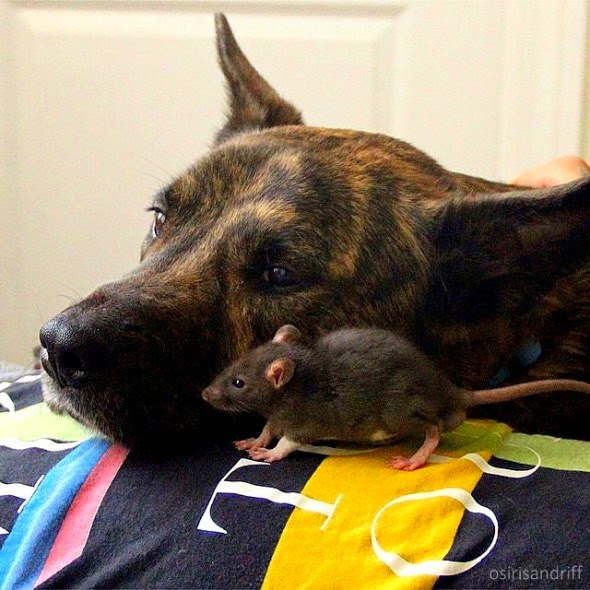 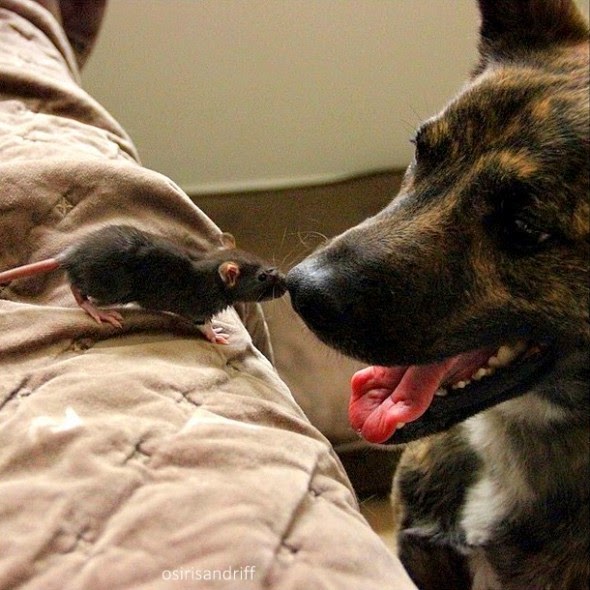 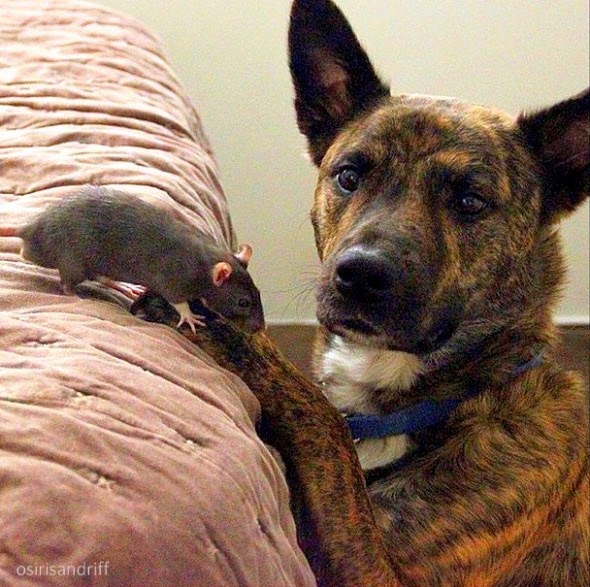