He doesn't understand the question and he won't respond to it

This dog doesn’t like this pumpkin, and he doesn’t care who knows it.

It’s brave, in a way, this taking of a stand against something — decorative gourds, in this instance — that so many others have come out in favor of. 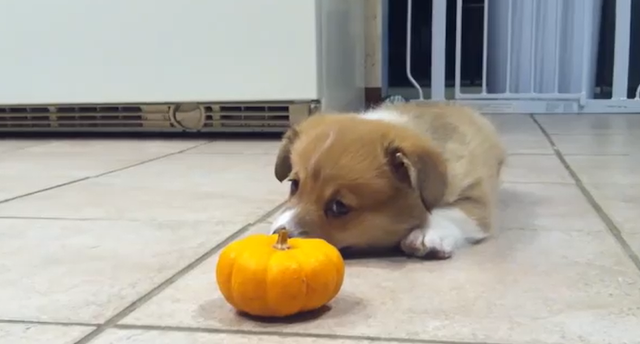 Will you hear Bilbo’s cries? Will you join him against the pumpkin? Or will he be alone in his quest?

I’m with you Bilbo. And I’ll never stop fighting the good fight. How can so few pumpkins have so much while we, the many, have so little?

Bilbo: Right for America. Pumpkins: So, so wrong.