September 22, 2022 0 Comments
Family has emotional reunion with dog they thought had perished in shelter fire (VIDEO) 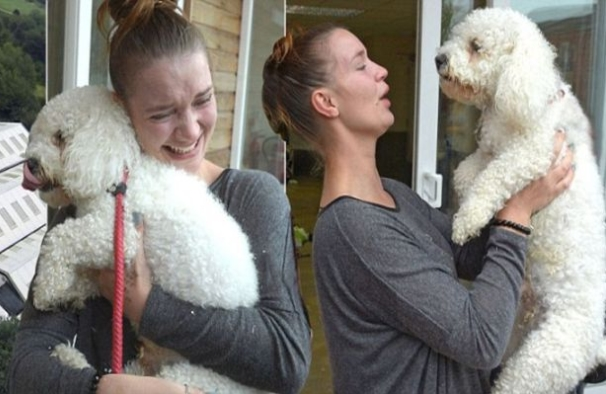 A mom had a tearful reunion with her dog she feared had died in a devastating fire at Manchester Dogs’ Home earlier this week. Dawn Bradbury thought she had lost her beloved Bichon Frise, Leo, after the 2-year-old dog went missing from her home earlier in the week.
She and her kids had been searching for him and learned that he had been taken to the shelter. She was scheduled to pick Leo up on Friday, a day after the fire broke out.
When she heard about the fire which claimed the lives of over 50 dogs, fear seat in. She knew Leo was being kept in “adoption row” - the part of the home that was severely hit by the fire.
"I have been awake all night and haven’t slept. I spent all night down at the dogs’ home to try and locate him, it was horrendous," she told The Telegraph. She had gone to a nearby shelter where the surviving dogs had been taken to try and find Leo she saw two other Bichon Frises. She has promised to adopt them both. "I could not leave therm there after all that has happened."
She went home convinced Leo had died, but 20 hours she got the news he was alive. She told the Telegraph: "It is a miracle and we have been crying tears of joy all day. We are absolutely delighted."
"The kids were all over him when we got him back. We are absolutely delighted."
Tags
breeds dog rescued dog videos shih tzu
Related Article