Woman’s Rottweiler Saves Her From Unknown Man Who Grabbed Her From Behind.

So not only in the past but also in the present they come forward to save their owner’s life without even thinking about their own life. Catalina Humphrey also had such a giant loving dog. She received excellent protection from the rottweilers named Hercules. And there was a very strong bond between them. One afternoon she was walking Hercules on a jogging trail along Sawmill Road near her home. There she had to face an unexpected incident. 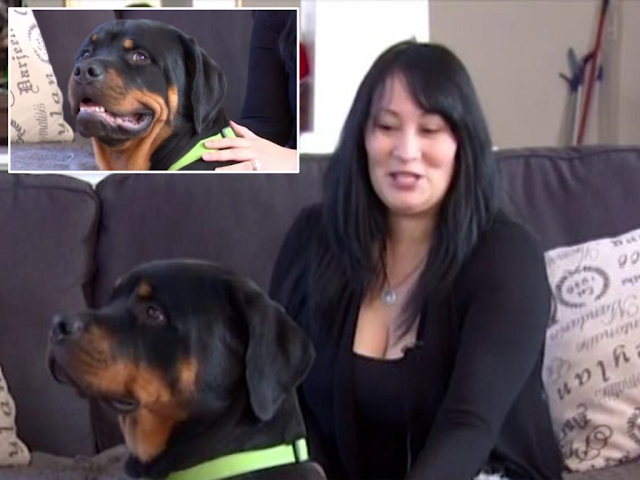 As she was walking, an unknown man came up behind her and grabbed her by the shoulders very tightly. She realized in a second that the grip was not a good one at all. But before she could react to the man, Hercules pushed the man to the ground. He then started biting the man and she couldn’t to do anything. Because she could not even control the dog. The dog kept biting him. Finally the man got up and ran to escape the dog.

In the end, Montgomery County Sheriff’s Office investigators searched for information about him but couldn’t to find proper information. Catalina said about the incident that the dog must have sensed something was going to happen. So he may have bitten the man to save his owner. Because as she says, Hercules is a very loyal dog.