The 1-year-old Shih-tzu would have d.i.ed if the good Samaritan hadn't acted so quickly 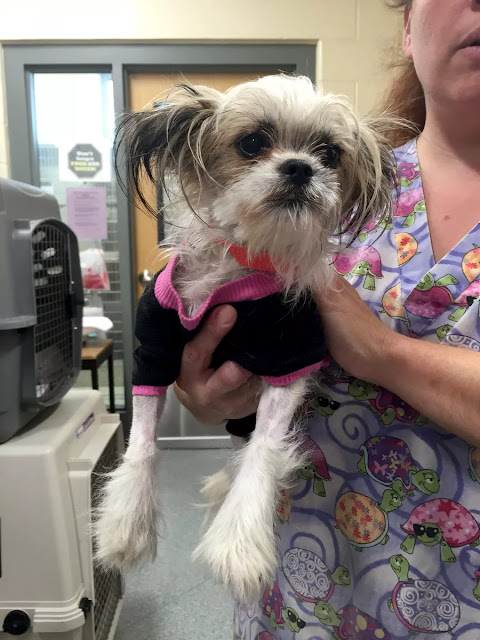 Charlie was found lying motionless on a train track.

A worker performing maintenance between the Forest Hills and Roslindale Village stops in Massachusetts saw a gruesome sight. The pup, says a release from the MSCPA-Angell, was struck by a commuter train and her left hind leg was taken off.

What happened next would save her life: the worker scooped up the dog — and her leg — and brought her to the shelter for emergency treatment.

“It’s just astounding this dog survived,” said Dr. Virginia Sinnott of Angell’s emergency and critical care unit. “Her left hind leg was severed above the knee—the good Samaritan brought the leg in along with the dog—and the nerves, arteries and veins were severed along with it.”

They named her Charlie and in just a few days the 1-year-old Shih-tzu has shown herself to be one tough cookie. She underwent surgery (which required two blood transfusions) to remove what remained of her leg and to repair a crushed pelvis — all of this care costing the shelter a pricey $6,000.

An owner hasn’t stepped forward to claim Charlie, who will remain in a foster home until she heals, the MSPCA said. Those getting to know her are clearly amazed at her recovery and the worker’s good deed.

“She absolutely would have bled to death within hours had she not been brought in so quickly,” said Dr. Sinnott.