A Woman Saved This Starving Dog From The Roadside. Then It Led Her To The Secrets It’d Been Hiding

A woman found this dog on the side of the road. Starving, the pooch was alone and in need of rescuing. But then the dog led the woman to some intriguing clues that would reveal more about its strange circumstances. 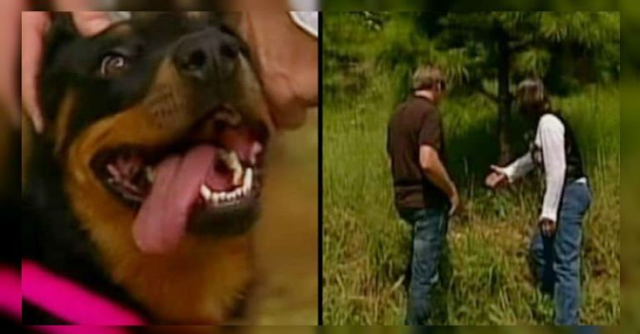 Kathy Wilkes-Myers is the director of Love Me Tender Animal Rescue (LMTAR) in Tennessee. With its roots in the Memphis Humane Society, the organization seeks to help mistreated and abandoned animals. The group also promotes ways to curb the growing stray population such as low-cost spaying or neutering.

Sadly, the organization does not have a proper shelter in which to house animals. Instead, it relies on foster carers to take animals into their homes. LMTAR’s volunteers also work hard to ensure dogs in the area are well fed and cared for. “We know we can’t save all the animals,” the group explains on its website, “but we can work to improve the lives of those in our little part of the world.” 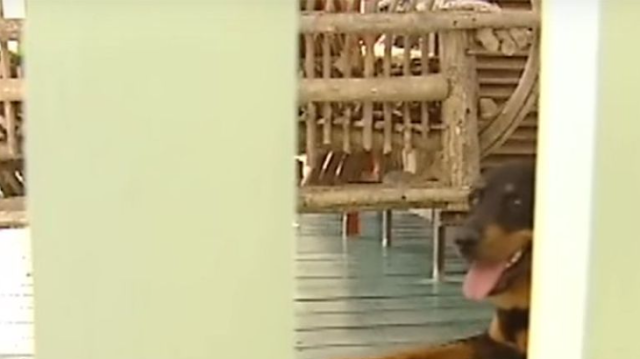 Over the course of the last 20 years, the organization has rescued more than a thousand dogs. One of these was Ella, the pooch found by Wilkes-Myers. This particular animal was found on the side of Interstate 40 in central Tennessee in 2009. Wilkes-Myers told CBS News how she came across her. “I saw a beautiful Rottweiler drinking water out of a ditch,” she explained. “She was starved and covered in ticks.”

Wilkes-Myers took Ella back to her rescue ranch. However, there was something different about this dog compared to the many others Wilkes-Myers had seen while working for the organization. The rescuer told CBS News what she felt about the dog’s circumstances. “She’s somebody’s baby, you could tell,” she said. “She just didn’t act like a stray dog to me.”

This was partly what prompted Wilkes-Myers to investigate further – this and the pile of bits and pieces that the dog had gathered together. Her rescuer realized straightaway that there was something important about them. On closer inspection, the random odds and ends turned out to be items that belonged to the pooch’s owners. It appeared that Ella had rounded them all up, possibly to feel some sort of connection to her family. Wilkes-Meyers was astounded. “Oh, my God, it just blew my mind and I thought, you know, this dog is trying to find some comfort,” she explained.

The dog had accumulated an odd assortment of items, from toothbrushes and a razor to a candle bearing the name Michelle. But how had these items ended up on the side of a highway? And what was the dog doing there, too? Well, Wilkes-Myers had already started to put the pieces together to create a possible scenario. 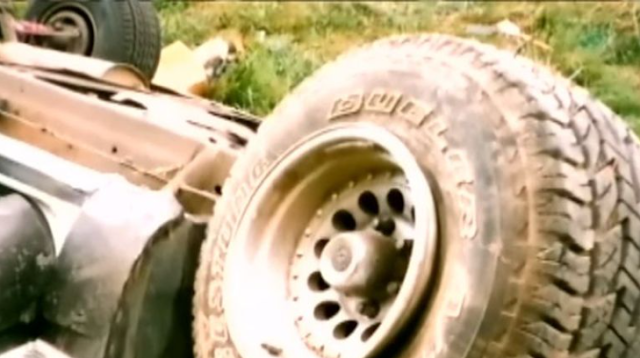 Wilkes-Myers recalled driving past the scene of a horrific accident two weeks before finding the dog. And now that she thought about it, the crash site was at about the same spot she’d spotted the Rottweiler. So this is where the dog’s owners had lost control of their car. It turned out that Ella had been forgotten about when the ambulance crew had rushed the car’s occupants to hospital. The family pet had been left behind. 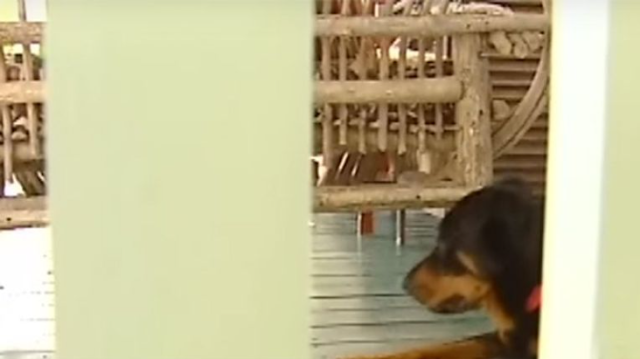 So, determined not to lose her family for good, Ella waited near the site of the crash. “That’s the last spot she saw her family and she was going to stay there,” Wilkes-Myers told CBS News. “She was hoping her family could come back. But they couldn’t. They couldn’t come back. It just breaks your heart.” 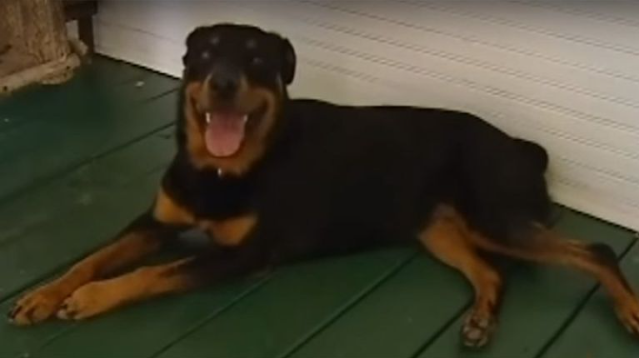 Yet, during Ella’s time at LMTAR, neither the dog nor her rescuer gave up on finding the family. In fact, Wilkes-Myers began examining the items Ella had amassed. She hoped that something in the collection would reveal who her owners were or what had happened to them.

Though most of the clues gave nothing away about the dog’s family, one item may have held the secrets Wilkes-Myers so desperately wanted. It was a small notebook, and it led Wilkes-Myers to an insurance agent by the name of April Bowers. But did Bowers know anything about Ella’s family and their whereabouts? 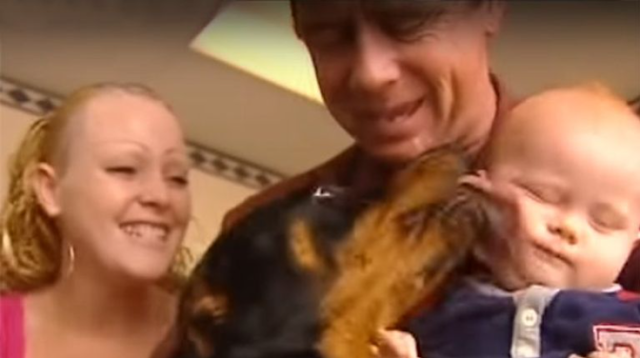 Luckily, she did! Bowers told the story to CBS News. “I went, ‘Oh I know exactly what it is, I know whose dog it is, I know what’s going on,’” she explained. Bower’s information meant that Ella could finally be reunited with her owners, the Kelley family. And thankfully, all five members of the Kelley clan had survived the crash.

Talking to CBS News, the Kelleys described what had happened. “[Michelle] slammed on the breaks and we went into a spin,” Joe Kelley recounted. His wife Michelle added, “I just remember slamming right into the mountain.” Ella had then watched on as Joe, Michelle and their three children disappeared with medics to the hospital. “The last thing I [saw] was [Ella] looking [me] straight in the eyes before she ran off into the woods,” Joe explained.

Michelle was heartbroken when they couldn’t find the dog. Unbeknown to her, though, Ella was waiting patiently for her humans all the time the family was in the hospital. Happily, thanks to Wilkes-Myers’ investigations, Ella and her family could be reunited. 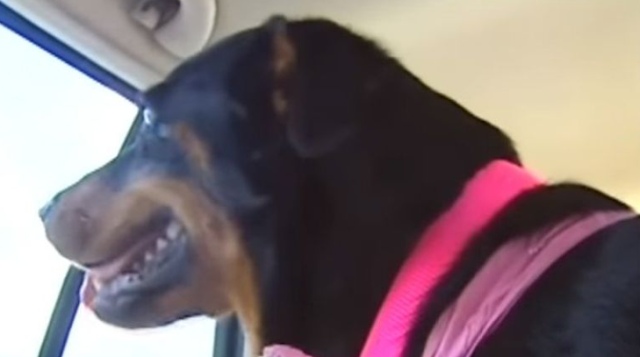 So, Kathy Wilkes-Myers called Joe Kelley to coordinate the big reunion. Then she bundled Ella into the car and headed to the rendezvous. When Wilkes-Myers turned up with the dog, she announced, “Hello, somebody here to see you!” It was hard to tell who was most excited: the Kelleys or Ella.

“Hi Ella!” Michelle called to her much-missed pet, as Wilkes-Myers ushered the dog into the room. Ella was clearly overjoyed to be with her family again, rewarding the youngest member of the clan with a series of enthusiastic licks. Joe showed how much he’d missed Ella too, as he patted her and kissed her on the head.

Ella then spun around to get some much-needed TLC from the mom of the family. “I’ve missed you,” Michelle said, as Ella settled down and sat obediently at her owners’ feet. “You waited for Dad,” Joe told the dog, still petting her. 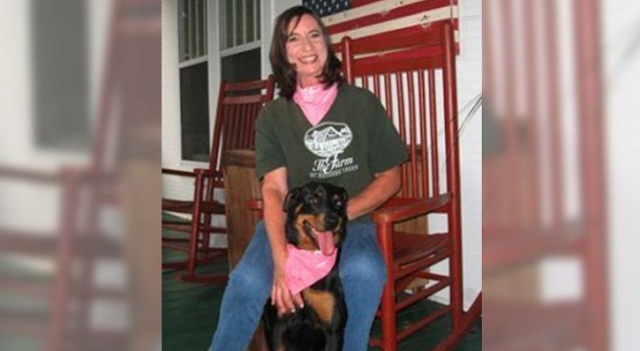 CBS News’ Harry Smith brought viewers up to date. “All the Kelleys are expected to make a full recovery,” he said. “They’ve had some major financial setbacks since the accident, but they say getting Ella back is the best reward.”

Unfortunately, the Kelleys’ medical bills led to the family experiencing some money worries after the accident. Because of this, they had to move elsewhere for a while. Sadly, their new place wasn’t dog-friendly, so Wilkes-Meyers agreed to look after Ella until the family got themselves sorted out.

Happily, this was a situation that seemed to suit all parties. “Ella is still with Kathy, and spends several hours a day in a group play with the other rescue dogs at Love Me Tender Animal Rescue,” read an update on the organization’s website. “Our thanks go to the American Humane Society for the grant to help with Ella’s medical care. We are very grateful for their help and for all the wonderful work they do to help animals.”