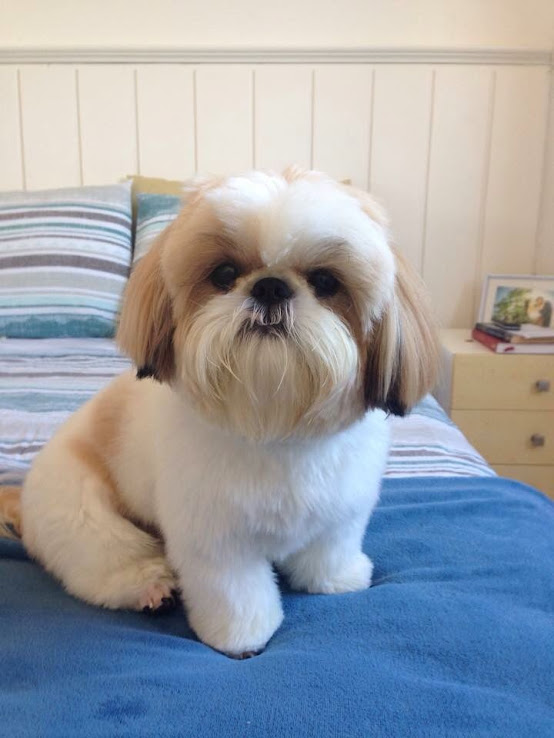 Traveling couple Martina Russo and partner Fil were driving their van through the Spanish countryside near Moclin, in the Granada province, when they noticed a small dog relentlessly chasing them.

They thought the Shorkie (a cross between a Shih Tzu and a Yorkshire terrier) was playing, but after a while, they spotted the desperation in her run as if she was begging for them to stop.

The couple pulled over and grateful pup — which had overgrown fur, gunky eyes, and was covered in ticks — jumped into their arms. 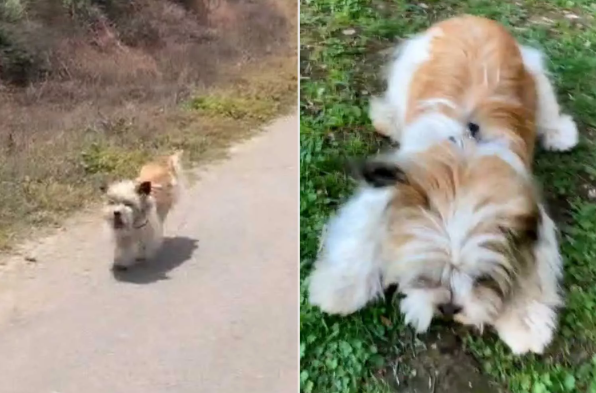 "We were driving in the middle of the Spanish countryside, and suddenly this dog appeared out of nowhere and started chasing our car." Martina Russo, originally from Milan, Italy, told SWNS. "We thought it was just a game but soon realized something wasn't right because she was running fast and would not stop.

Martina and Fil gave the emaciated dog food and water before taking her to the local villages to search in vain for an owner.

They decided to keep her and name her Moxie after a detailed online search failed to uncover a family for the dog.

"We asked all the farmers around and the local shelter, but no one knew her. We also checked every house and farm in the area, but most of them were abandoned," Martina says of their search with Fil for Moxie's family. "We drove back and put her back in the road to see if she was chasing for fun and knew where to walk back. But she kept chasing us — our van was just around the corner, and we drove very slowly to make sure she wasn't stressed."

"We took her to the vet the next day, and turns out she was not chipped, not spayed, female, about one-year-old, fur very overgrown and full of gunk around the eyes," Moxie's new owner adds. "We kept on searching for her owners in local Facebook and Whatsapp groups, local passers-by at the fountain, and shops, but eventually weeks went by, and no one came forward, so we decided to keep her."

Now the canine that nobody wanted is happy and loved in her new life on the road. Moxie travels with her doting new owners and cat friends as they sightsee all over Europe.

"She's very sweet and funny, very playful, loves our cats — to be fair, she loves everything and everyone! (especially cats and kids). We love taking her on adventures, and she makes us laugh every day," Martina said of the pup's personality.

"Moxie lives in a van with us most of the year, so she comes with us on long hikes in the mountains or when we go climbing. Every day is a new adventure for Moxie now," the pet parent added.