Demand for "handbag" and "designer" puppies is boosting the trade of unlicensed breeders, the RSPCA says.

The charity said demand for breeds including French bulldogs, shih-tzus, Yorkshire terriers and pugs had soared over the last decade. 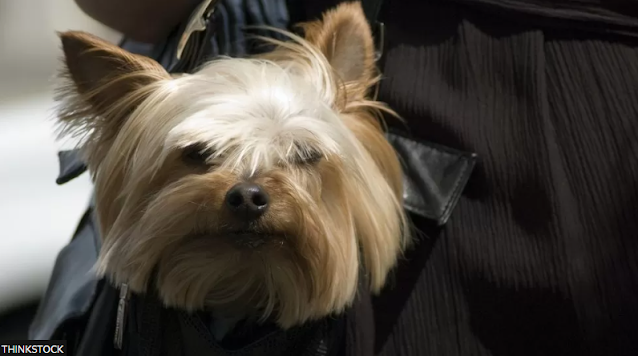 In a report called "Sold a Pup?" it estimates that 430,000 young dogs come from unlicensed UK breeders each year.

It said this resulted in welfare problems for the animals, and distress and dissatisfaction for owners.

The RSPCA is calling for measures including the licensing of all sellers, better enforcement and new import rules, geared towards "driving out unregulated dealers".

The government says people breeding and selling dogs must have a licence, but the Kennel Club says "problems with enforcement" have meant poor breeding practices at puppy farms have not been stopped.

David Bowles, the RSPCA's assistant director of public affairs, said it was unclear whether demand for certain breeds could be met by existing registered UK breeders and other reputable suppliers.

"What is clear is that the puppy dealers are one step ahead of the regulators and have already responded to these changing demands and are sourcing these breeds from overseas or large-scale commercial puppy farms," he said.

The largely unregulated market resulted in "welfare problems with puppies and the breeding stock, dissatisfied, often distressed, consumers, and a hidden economy," he added.

"The growing demand for puppies does not seem to be satisfied by the existing small-scale breeder, and appears to have resulted in unregulated large-scale commercial breeding of puppies and imports of puppies from Ireland and continental Europe."

The report says thousands of dogs come into the UK every year from countries including Ireland, Lithuania, Poland and Hungary.

Dogs are then held in pods, advertised on the internet and - once a buyer is found - taken to a fake home to make it appear the animal was bred in that environment, the report says.