A miniature dachshund from Ohio has lost more than 75% of his body weight after being put on a diet-and-fitness regime by his new owner. 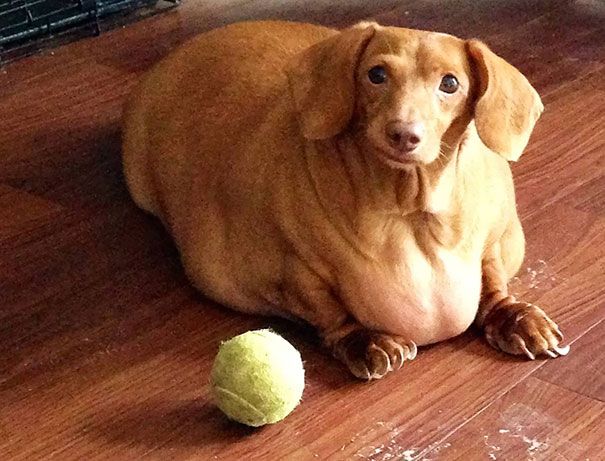 Brooke Burton adopted him two years ago from a relative who fed the dog nothing but junk food.

Dennis is now 12lb (5kg) after weighing 56lb - almost five time the size of a normal dog of his breed.

The six-year-old dog lost the excess weigh through diet and exercise - but required surgery to remove excess skin.

His "before and after" pictures have become a hit on the internet.

'Food is not love' 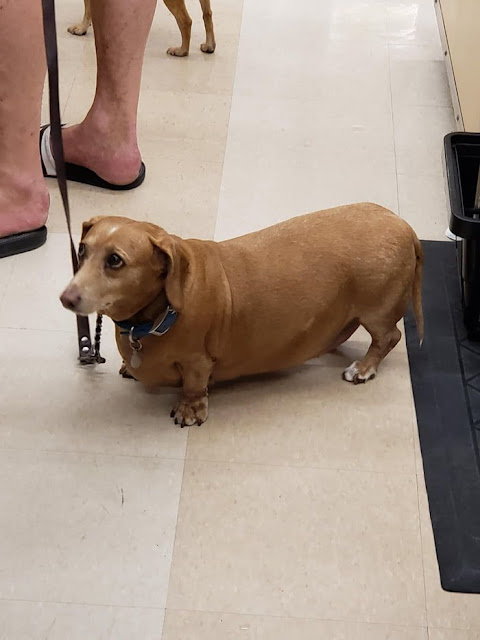 Ms Burton said Dennis couldn't take more than a few steps without being out of breath - before he switched to nothing but dry dog food and started taking frequent walks.

"In the beginning, you could tell he was very depressed, that he really didn't feel good at all,'' Ms Burton, a nursing student, told the Associated Press. 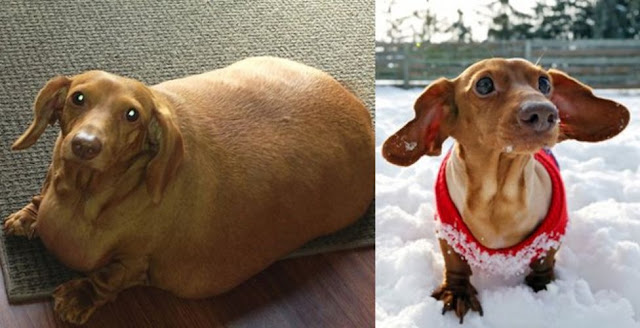 "He didn't have much of a personality. After he lost weight, this bossy little demanding man popped out. He's into everything; he wants to play with everybody."

"We have an expression: food is not love," Ms Ham said. "Most of what your pet wants from you is affection and attention."