Pug dog d.i.e.s after being left in hot van at Baldock kennels

A much-loved pet dog d.i.e.d at a boarding kennels after being left inside a van on a hot day for two hours. 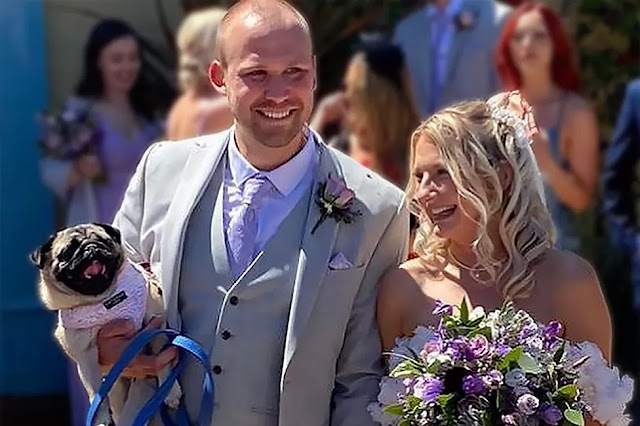 Pug, Luna, had been at her owners' wedding in Hertfordshire on Friday and was then taken by Country Boarding to their kennels near Baldock.

Dog owners Ffion James and Ben Hill were told the following day that Luna had d.i.e.d.

The kennel co-owner said staff were "heartbroken" and were working to support the owners.

Ms James, from Hitchin, posted photographs of her wedding and Luna on Facebook at the weekend, saying: "Yesterday [Friday] was one of the best and most amazing day of our lives.

"Unfortunately this morning is a completely different story. We woke up this morning to find out our beautiful little Puggy had d.i.e.d shortly after these photos were taken."

She said Luna had been left "in the care of a well-known local kennels and was horrifyingly left in the van and forgotten about".

"She was found a few hours later but it was already too late," she said.

"The weather yesterday would have made the van unbearably hot, and I can't imagine the suffering she must have gone through." 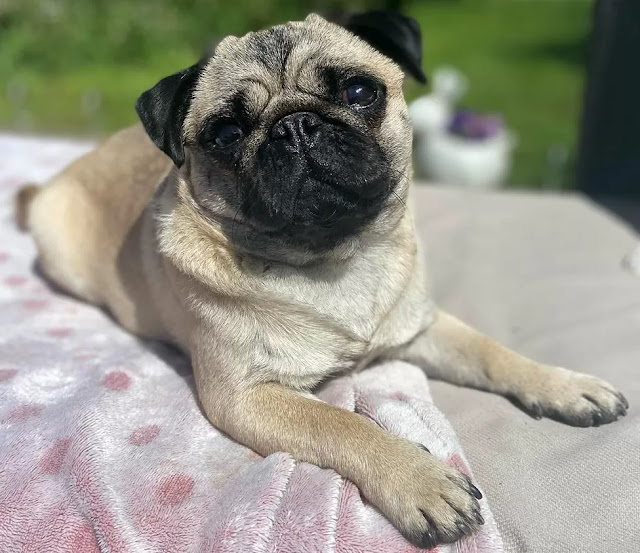 Ms James said they had made the decision to put Luna in the kennels for the night before the wedding, and the night of the wedding, as all their family and friends were there and they did not want to leave Luna alone for lengthy periods.

In a statement that has since been removed from Facebook, kennel co-owner Renate Burrowes said her husband Jeremy had picked up Luna from the wedding venue and brought her back to the kennels at 15:00 BST.

"When he arrived back he was urgently called in to fix a system issue which was affecting customers in reception," she wrote on the company's page.

"Two hours later, I found Luna in the van at 5.00pm. I found she was unresponsive at that time [and] despite trying I could not revive her."

Ms Burrowes said she tried to contact Luna's owners but could not get a response.

Luna was collected by her owners the following day, and Ms Burrowes said: "We will work with them to ensure we help and support them in any way we can."

She said it was "a terrible, terrible mistake", adding her husband would no longer be involved in transporting or caring for any animals at the kennels. 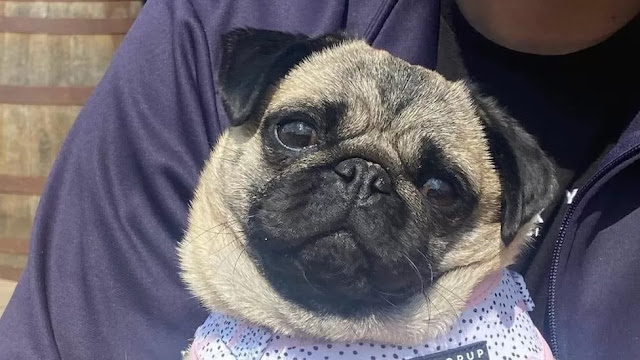 Ms James and Mr Hill said they had reported the incident to the police, the RSPCA and the licensing authorities at North Hertfordshire District Council.

A Hertfordshire Police spokeswoman said: "Police have launched an investigation following a report that a dog sadly d.i.e.d whilst in the care of a boarding kennels in North Hertfordshire on Friday 8 July.

"Our thoughts are with the dog's owners at this sad time and extensive enquiries are being carried out into the circumstances of what happened."

An RSPCA spokeswoman said: "This is just heart-breaking and our thoughts are with Luna's family.

"We are investigating the circumstances of Luna's sad death and will be working closely with other agencies, like the local authority which licenses animal establishments."

The local council said it was "aware of this very sad incident, which is devastating for the owners, and an investigation has commenced".