Ten puppies have been seized by protection officers as part of investigations into suspected illegal dog breeding. 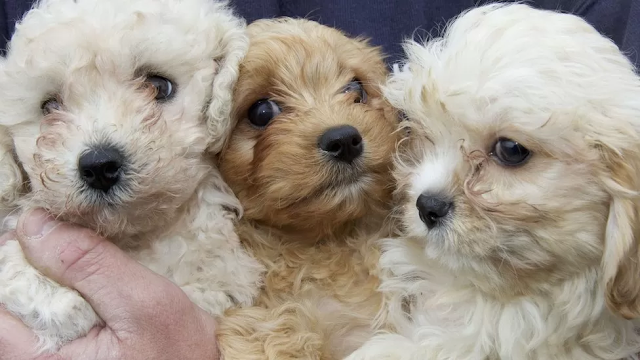 It comes a few weeks after 20 pups were found at the same terminal.

The seizures were part of Operation Delphin, a joint operation by Scots and Irish animal protection officers, customs and ferry operators.

A range of other UK and Irish authorities were also involved.

Dr Andrew Kelly, chief executive of the Irish Society for the Prevention of Cruelty to Animals (ISPCA), said it feared the discoveries were just the tip of the iceberg.

"It is clear that some dog breeders in Ireland are intent on ignoring the law to maximise profit," he said.

It said the latest batch of pups were thought to have originated in County Louth and were sent back to Belfast on the next ferry before being transferred to the ISPCA's animal centre in Longford where the first 20 were being housed.

Mr Kelly said: "We will continue to work with our partners in the Scottish SPCA and the other organisations involved in Operation Delphin to clampdown on this illegal behaviour.

"We would also like to appeal anyone who is looking for a dog to act responsibly, adopt don't buy.

"There are many rescue dogs looking for good homes around Ireland and the UK, please consider giving a home to one of those dogs instead of buying a puppy that likely came from a puppy farm in Ireland."

The ISPCA said none of the dogs was micro-chipped, contrary to regulations brought in last year which state all dogs must be digitally registered on an approved database before leaving their place of birth.