Puppies stolen in Exmouth while bereaved owner in hospital

Two pedigree puppies were stolen within a 40-minute window after their owner was rushed to hospital. 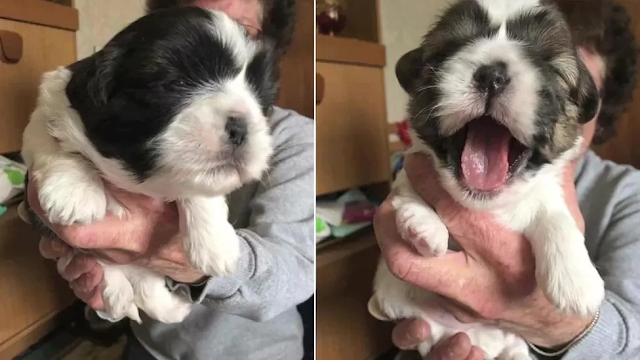 The four-week-old shih tzu pups were taken from a house in Exmouth, Devon, in the time between their owner being admitted and a family member arriving to look after them.

Owner Christine Bolton said it was "heartbreaking" and the un-weaned dogs "need their mum".

Cash was also taken from a safe during the theft on Sunday evening.

Ms Bolton said: "I just want my pups back. They need their mum and she needs the pups.

"She idolised those pups. The first night she was terrible - she was in and out, in and out - she was crying."

One is an unnamed male and is black and white, and the other is a female named Lola and is brown and white. 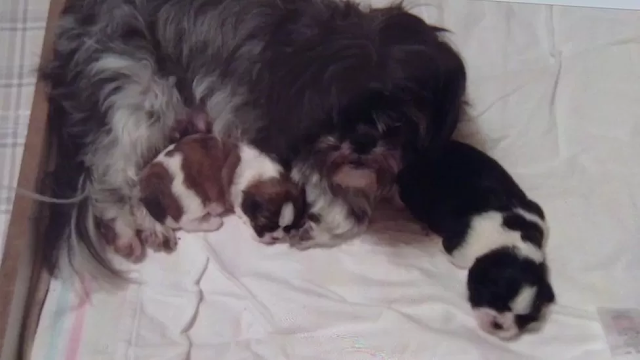 The thieves also stole money from a safe and ransacked a second bedroom where Ms Bolton had flowers from her mother's recent funeral.

Ms Bolton, who was discharged from hospital on Monday, said: "This has been my family home since I was 14 in 1963.

"With my mum gone last month and now all this, it's not a home anymore." 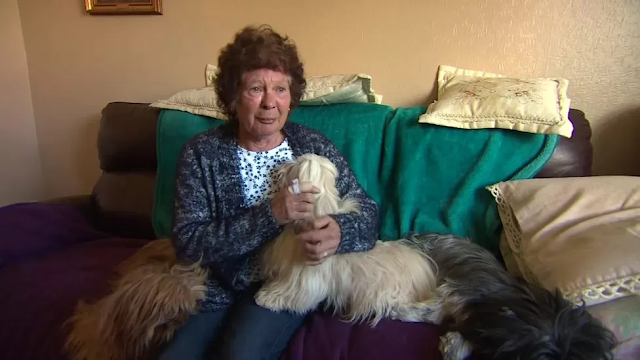 "The puppies are not yet fully weaned and are likely to become ill very quickly, so we urge anyone who is offered them or who knows anything to get in touch with police immediately."