Lusha the dog "sat patiently on the stretcher for the duration of the 4.5-mile hike back," according to the Ventura County Sheriff’s Office

A dog named Lusha needed rescuing last week after injuring her paw while hiking, leaving her unable to walk.

On the third day of a hiking trip on the Sespe Creek Trail in California's Los Padres National Forest, the 8-year-old rottweiler "injured her front paw," according to the Ventura County Sheriff's Office. 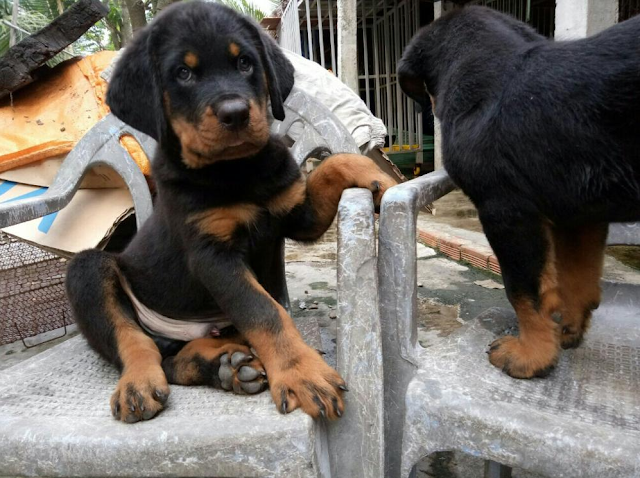 At the time, the dog and her owner were over 4 miles away from the nearest trailhead and could not make it back to their car.

Lusha's owner, Kinga Szpakiewicz, told the Ventura County Star that while they were hiking back to the car on Thursday, the dog stepped on a rock and cut her foot. Lusha initially tried to carry on with the journey after the injury, according to Szpakiewicz, but she eventually stopped walking, so the hiking duo called it a day.

Then on Friday, when it was clear that Lusha's injury had not improved, Szpakiewicz — who has worked for National Geographic and the Travel Channel — reached out for help thanks to another hiking group who had a communication device on them.

Szpakiewicz contacted a friend who helped her find rescuers fit for the task of saving an 80 lb. dog from the woods. The Ventura County Sheriff's Upper Ojai Search and Rescue Team ended up being the group for the task. The team came to Lusha's aide, bringing along a lightweight stretcher for the injured pooch.

Fortunately, once help arrived, it was smooth sailing for Lusha, who "sat patiently on the stretcher for the duration of the 4.5-mile hike back to the trailhead," according to the Ventura County Sheriff's Office. 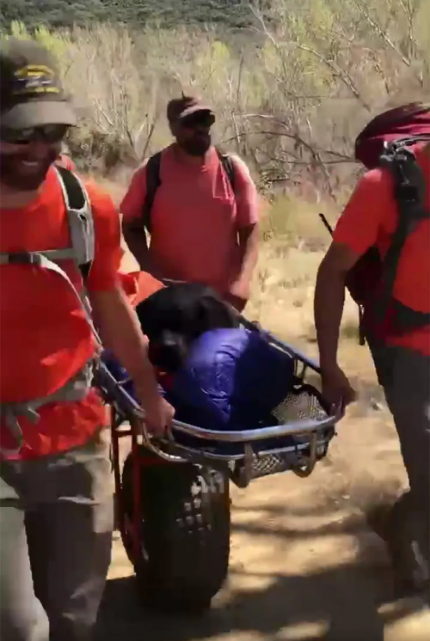 "Lusha seemed to enjoy the ride," the search and rescue team wrote alongside a video of their trip down the mountain.

To keep Lusha calm, Szpakiewicz told The Ventura County Star that she walked alongside her dog and put a sleeping bag down on the stretcher for her.

"She rode out like a princess on a litter," said Szpakiewicz, adding that Lusha is doing well following the rescue.