They sleep together, frolic in the sun and even howl at the moon in unison - and their unlikely union brings a smile to the face of everyone who sees them.

Beldaran, who weighs just five pounds, was adopted by the Rottweiler when she was just four days old at the Kisma Preserve in Mt Desert, Maine, USA, after she was rejected by her parents. Since then the unlikely pair have been inseparable in everything they do. 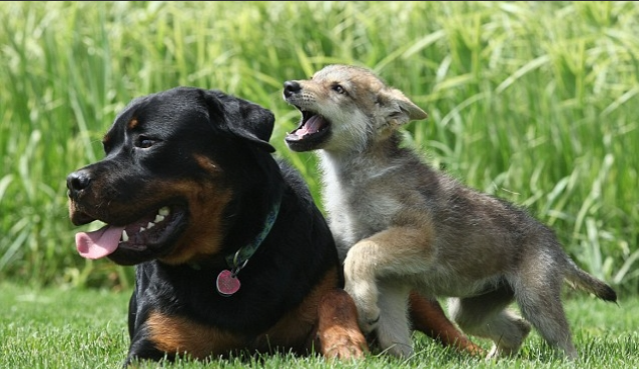 Both are rescue animals and spend all of their time together at the reserve where they are cared for at the centre's sanctuary. The organisation takes in creatures of all breeds and all sizes. Preserve director Heather Grierson, 49, said: 'It's a true love story that has touched the hearts of everyone who visits the preserve.

'You just can't be in a bad mood when these two are around. It's impossible to look at them and not feel good.' 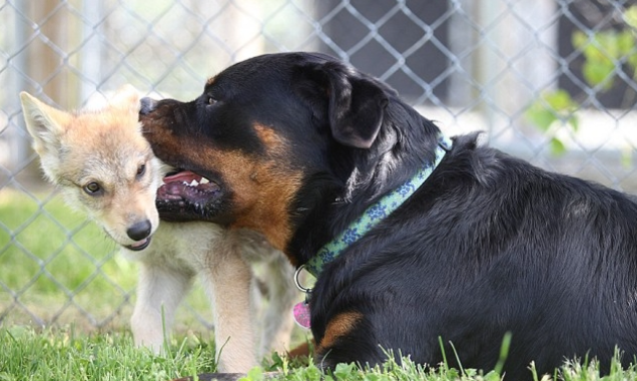 Beldaran is lovingly described as a 'little accident' by the 12 staff at the sanctuary - who didn't know she was due and believed her rescued parents Gandalf, one, and Kahlani, two, were too young to have babies. Both parents were handed in to the sanctuary when they were young. It is thought they had been snatched from the wild for the purpose of breeding them with dogs to make hybrids - a fad in America. 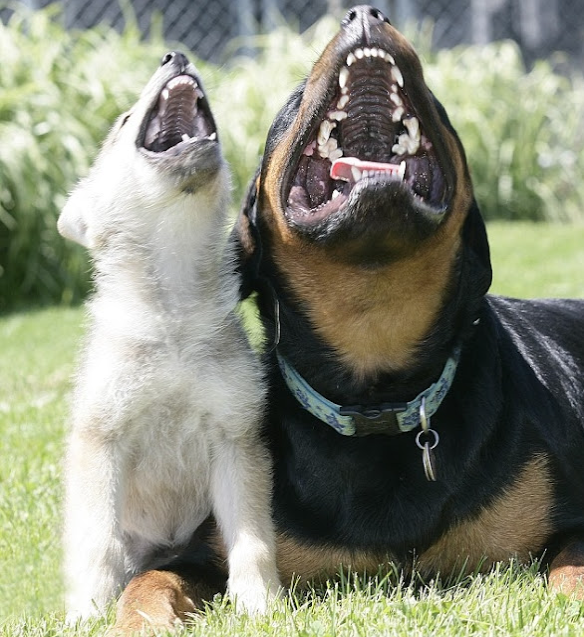 'It causes many problems,' said Heather. 'It's purely for fashion and people don't realise the difficulties of caring for these wild breeds. 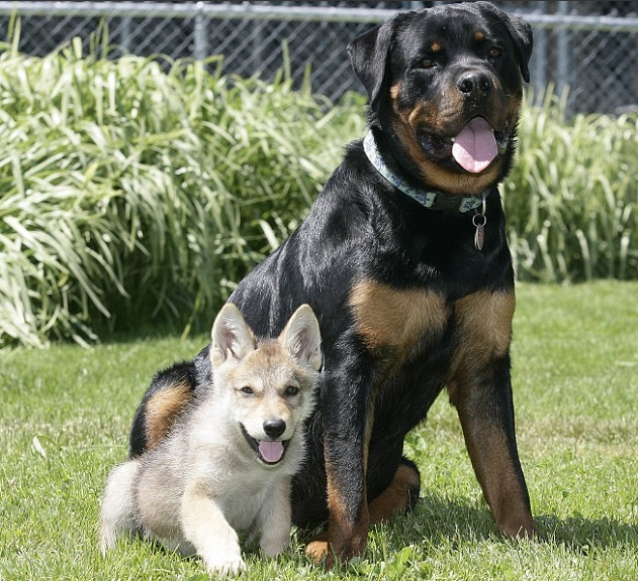 'Then they either dump them or hand them over to us. 'It was a massive shock when Kahlani gave birth,' she added.'We didn't even know Gandalf had it in him and suddenly we had a little wolf pup on our hands.' 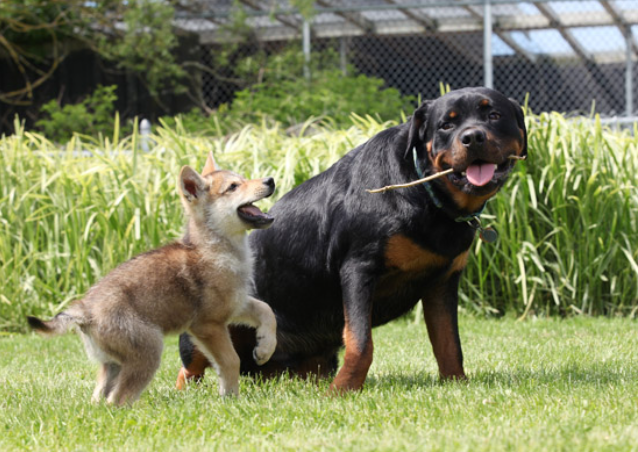 Sadly, because of her young age, Kahlani's maternal instincts failed to kick in and she ignored the new arrival. Heather said: 'We started to get really worried because Gandalf didn't have a clue what to do and we were really concerned he might hurt Beldaran.'

Once Beldaran is full size and can fend for herself, Heather plans to gradually introduce her to a group of adult wolves at the park