Dogs are known for getting themselves into all sorts of strange situations. Who hasn't walked in on their pup in the pantry, covered in flour, and wondered, "How did you get in there?!" 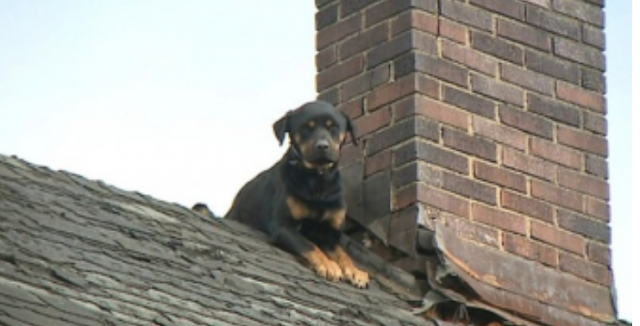 When firefighters spotted one Rottweiler in Youngstown, Ohio, however, they didn't have time to wonder about her odd location—on top of a roof—where she'd supposedly been stuck for nearly three whole days. Once the firefighters were able to get to her, though, they realized the truth of the situation. 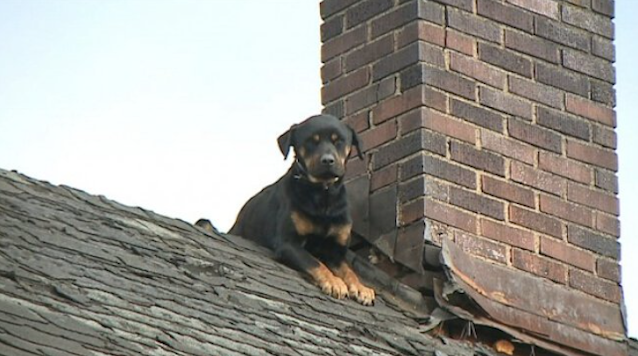 A frightened Rottweiler had been stuck on a rooftop for nearly three days before firefighters were contacted to rescue her. 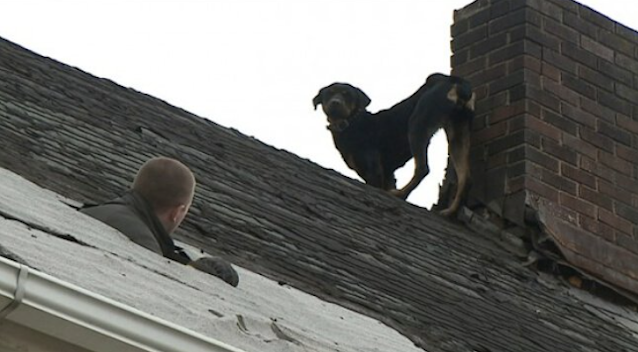 As the firefighters worked to get the dog out of the dangerous spot—a process that took about an hour—her owner actually showed up with quite the story. 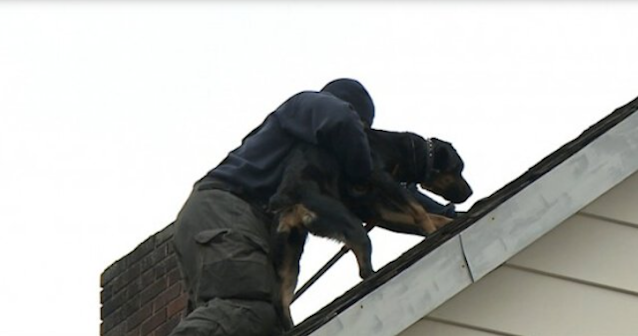 The owner claimed he'd been at a friend's house for a week and had left the dog, which is neglectful in its own right. He said he didn't know how his dog got onto the roof.

The Rottweiler was understandably shaken from her experience, and was already some 30 pounds underweight. The firefighters took the opportunity to feed her some french fries as a reward for her bravery. 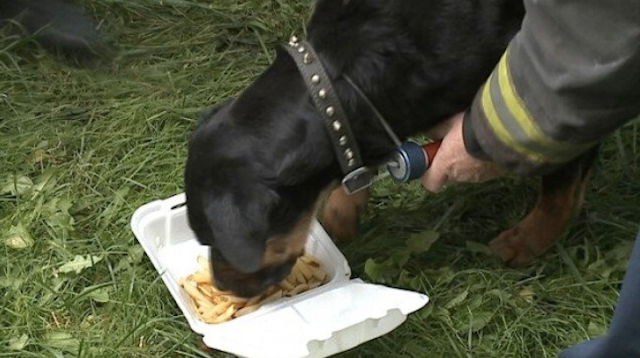 Thankfully, one of the firefighters, Kyle Trimble, convinced the owner to sign the dog over to him. At last, the rescue was truly complete! 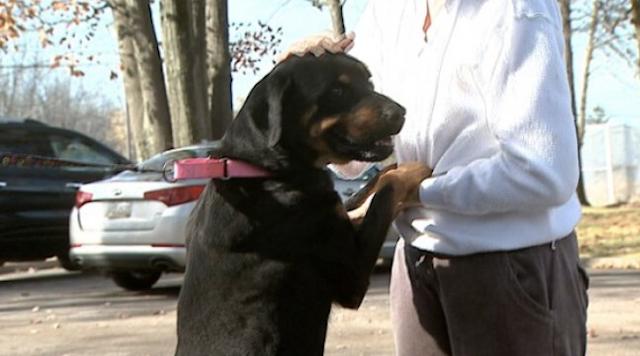