A medal awarded to a dog in World War II for extinguishing a bomb by urinating on it has been sold at auction for £1,100. 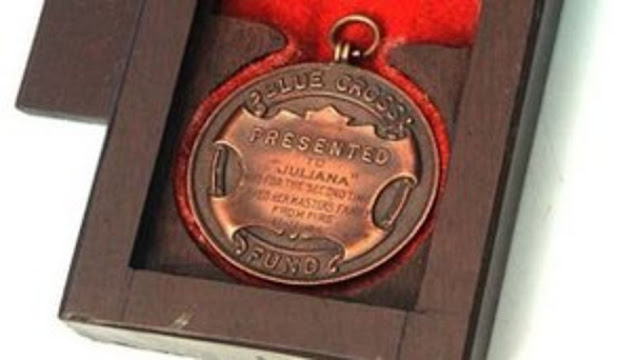 The 1941 Blue Cross medal was found in a property clearance in Bristol along with a painting of Great Dane Juliana.

A plaque on it describes how the dog put out an incendiary bomb dropped by the Luftwaffe on her owner's home.

"This was clearly a Great Dane with a great bladder," auctioneer Philip Taubenheim said.

Mr Taubenheim, of Wotton Auction Rooms, in Wotton-under-Edge, Gloucestershire, said it was a "remarkable story".

He said the medal had been found at a property which had belonged to a relative of Juliana's owner.

"Rarely is there such an interesting story behind items we handle," said Mr Taubenheim.

"People usually like to hang on to things like this. It's only because the family became estranged that this piece came on to the market."

The plaque also revealed that Juliana was awarded another Blue Cross medal for alerting her owner to a fire which broke out in his shoe shop in 1944. 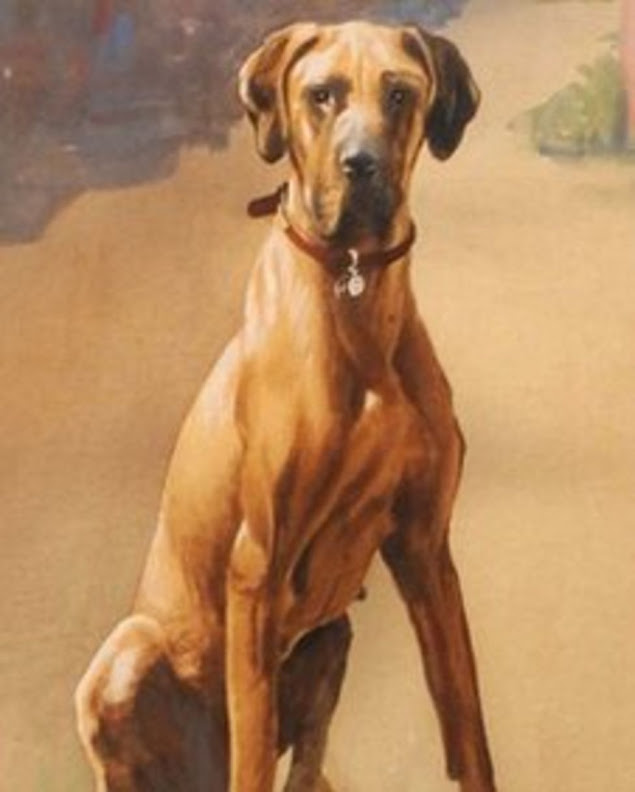 Mr Taubenheim said that despite Juliana's two great acts of courage, she met a sad end in 1946.

"Tragically the poor animal was p.o.i.s.o.n.ed," he said.

"Someone put it through her owner's letterbox and she d.i.e.d."

The Blue Cross medal was originally awarded to military horses in World War I.

The honour was later widened to include other animals who committed acts of bravery.

Mr Taubenheim said the medal and portrait sold at auction for more than 18 times the pre-sale estimate of £60.

The identity of the buyer is not known.