A US firefighter has been praised for giving a dog 20 minutes of "mouth-to-snout" resuscitation after the animal was rescued from a house fire. 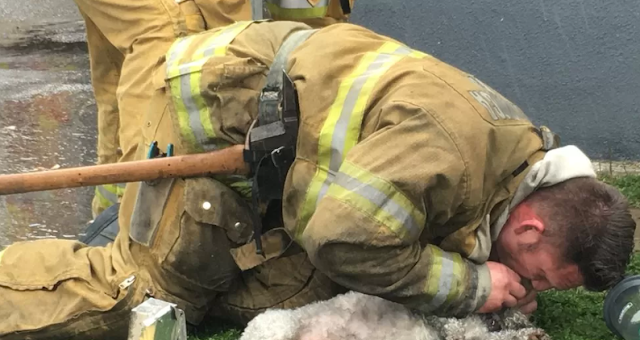 The dog was overcome by the heat and smoke of the blaze in Santa Monica, California, and was unresponsive.

But firefighter Andrew Klein managed to bring 10-year-old Nalu, a Bichon Frise/Shih Tzu, "back from the dead". 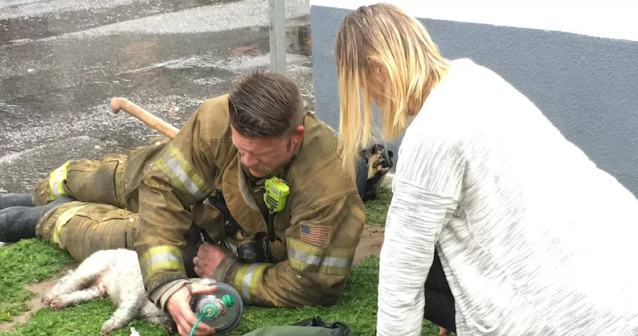 "He was totally lifeless," the firefighter told the Associated Press news agency. "I picked him up and ran out of the apartment because time is key, especially with a small dog... Failure was not an option.''

Nalu has now fully recovered after spending 24 hours in an oxygen tent.

Ms Lamirande, a radiology nurse, said she was overwhelmed by the effort made by Mr Klein and his team to save her dog.

"His eyes were glazed over and he was not breathing and I assumed he was dead," she said. "But the firefighter said 'I'm a positive person. Let's just get him back'."