We expect our pets to be loyal, but some animals truly go above and beyond for their families. One Rottweiler named Luger is the perfect example of a dog who risked it all to keep his loved ones safe. 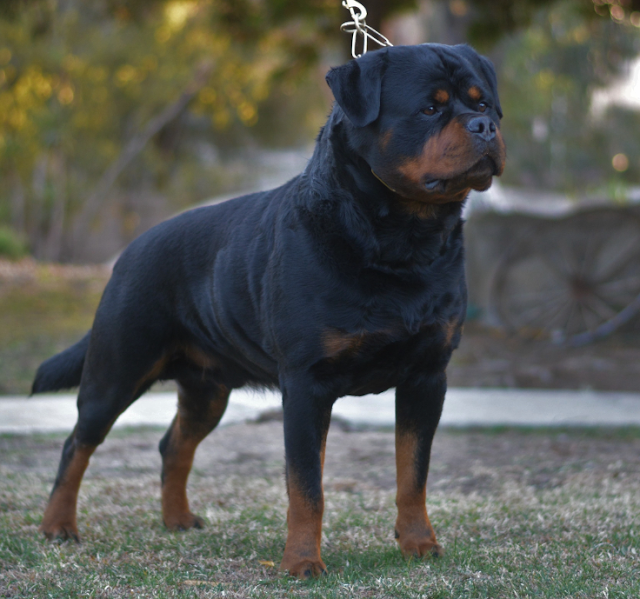 One night after an exhausting overnight shift, Lugar's owner, Lisa Ryal, arrived home and immediately fell asleep. Suddenly, she was awoken by the sound of her dog barking aggressively. That's when she saw why Luger was upset—and she became immediately frightened... 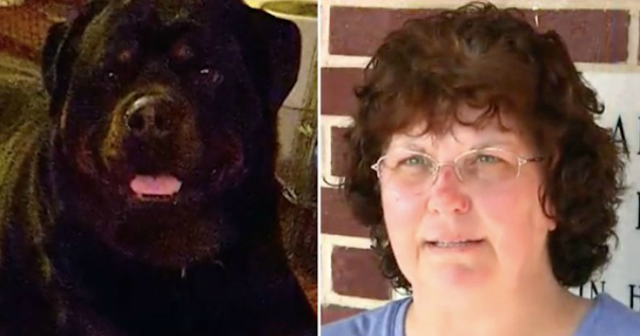 Lisa Ryal loves her dog, Luger. Her family owned the 135-pound Rottweiler for years at their home in Pickens Country, Georgia. He was always loyal and played an important role in their lives. 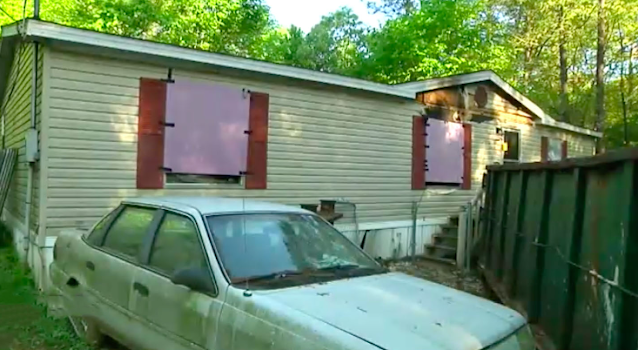 Lisa often worked the graveyard shift at a local factory, and she would return home in the early hours of the morning. One particular morning, she was so exhausted that she immediately headed to her bedroom and fell into a deep sleep. 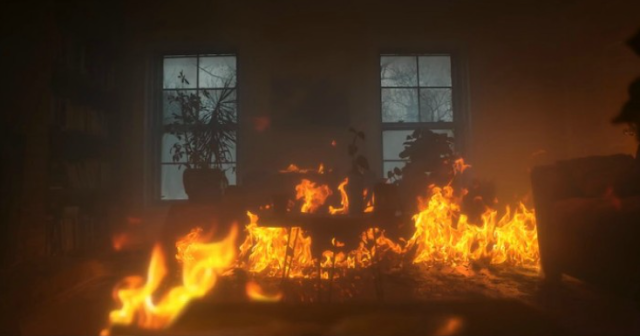 Lisa hadn't been asleep for long when she suddenly woke up to the sound of Luger barking frantically outside her bedroom door. She'd never heard him sound so startled before. But when she rushed to check on her dog, she screamed in horror... 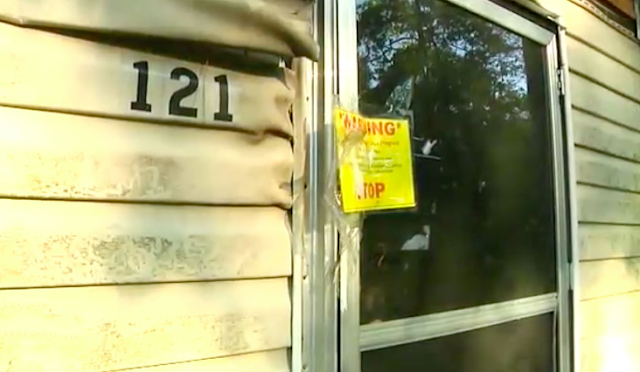 Her living room was in flames! She had no idea what happened while she was asleep, but her couches were engulfed and the fire was only growing larger. She needed to escape as quickly as she could, but the fire was everywhere.

Lisa was alone—the rest of her family was away at the time—and she panicked. She ran to the front door and shoved it open, but she quickly realized she made a horrible mistake... 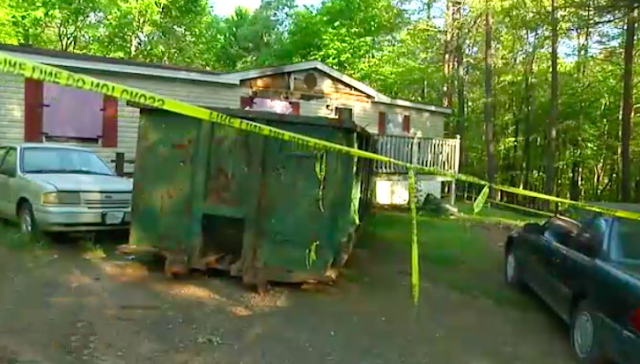 The oxygen from outdoors rushed into Lisa's home and ignited a flash-fire. The flames grew in size, and suddenly her whole home was swallowed in the blaze. With Luger at her side, Lisa managed to free herself from the burning house. 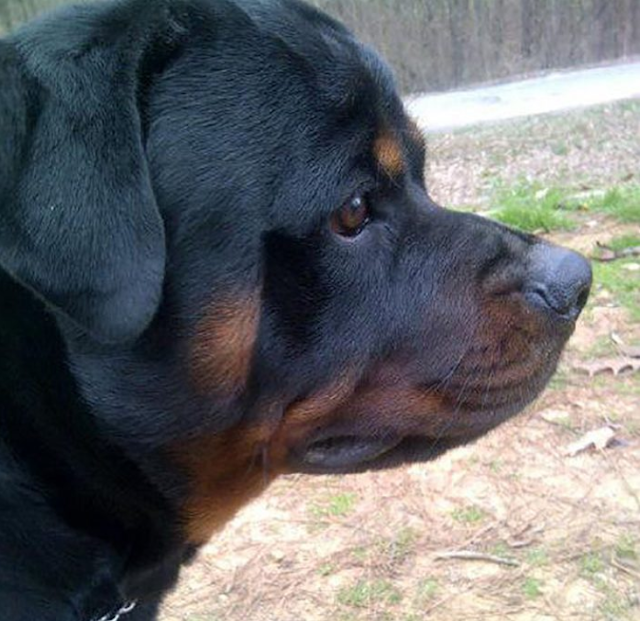 Lisa immediately called 9-1-1, and firefighters quickly arrived and extinguished the blaze. They taped off the property so no one would get too close. Then Lisa called her family and told them the tragic news... 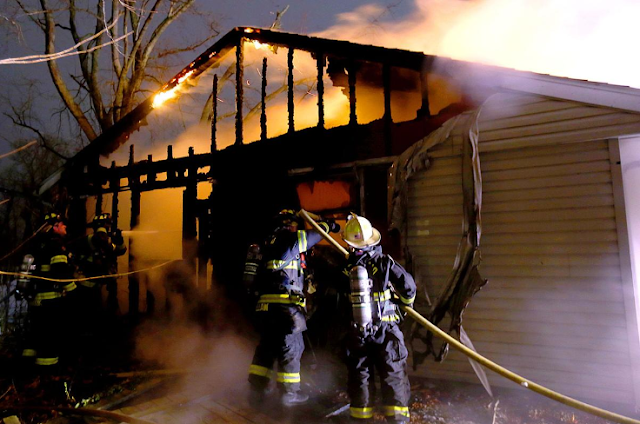 Even though the family's home had been reduced to charred wood and ashes, the Ryal family was grateful. Lisa was safe, and she knew that she owed her entire life to her loyal canine, Luger. 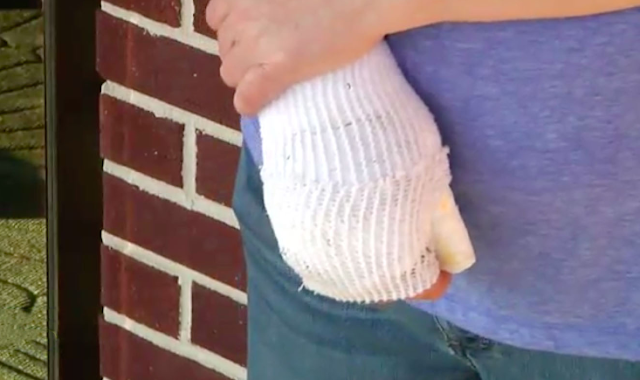 Still, Lisa needed serious help. After emergency responders brought the situation under control, they rushed Lisa to the local hospital to treat her for smoke inhalation and second-degree burns on her face and feet... Lisa also suffered minor burns on her right hand, but thankfully, she was alive—and she was incredibly lucky she survived. Fires spread so quickly, and if she'd woken up even one minute later, she may have lost her life. 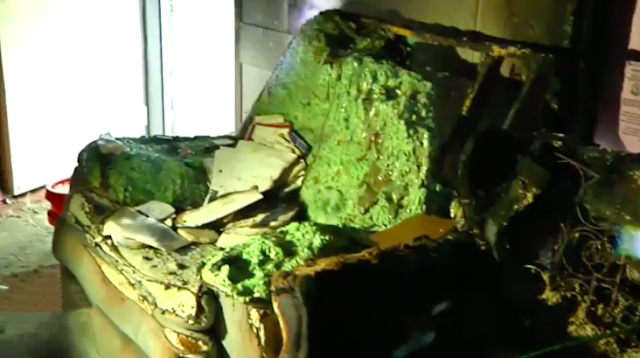 Lisa's family, along with Luger, spent time with her while she was treated at the hospital. When they returned home to survey the damage, however, their hearts broke. Their windows were all boarded up, and everything was gone. 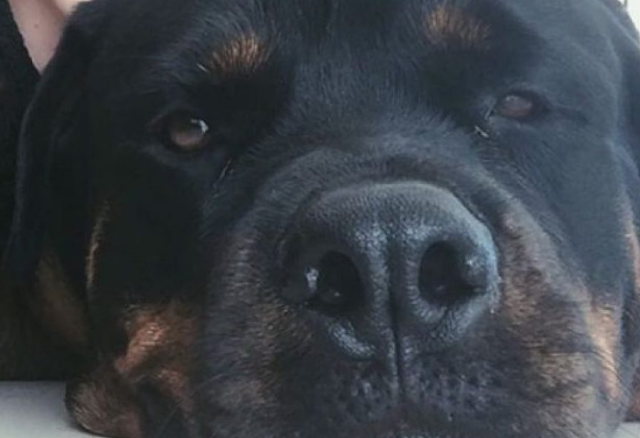 The living room where they'd spent so much time together was now a complete disaster. The couch cushions were nearly unrecognizable, and the carpeted floor was blanketed with black ash. 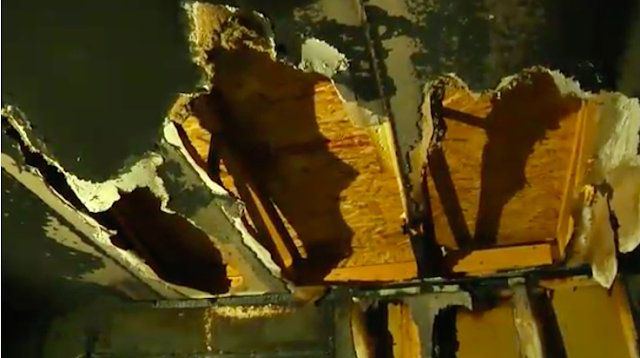 Lisa was particularly stunned at the remains of the room. It wasn't long ago that she was asleep right next door to the fire. She couldn't help but think what would have happened if Luger hadn't been nearby...

The ceiling of the living room was also destroyed. When Lisa opened the front door during the blaze, the flames climbed up the walls and scorched the walls. It was a demoralizing sight for Lisa, who wanted so badly for her family to have their home back the way it was.

Still, she was grateful. Shortly after Lisa's wounds healed, she was interviewed by Pickens Progress, her hometown newspaper. She said, "I'm so blessed to be alive. It could have been so much worse. If Luger hadn't made all that noise I wouldn't have woken up." 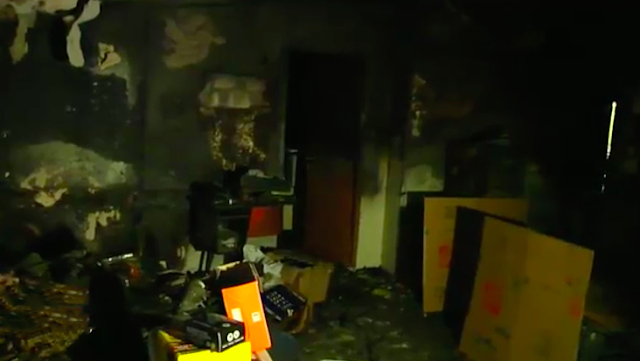 Lisa's husband, Bill, was equally as amazed at the incredible deed their dog performed. Luger liked to sleep much of the day, but it just so happened that he was wide awake and ready to bark for help when Lisa needed it most.
Although clearly shaken by the whole incident, Bill was relieved that his wife and their dog were okay after all was said and done. Belongings can always be replaced, but lives cannot!
To help with the cost of rebuilding and replacing the damaged items—and getting the Ryals back on their feet again—a relative set up charity campaign in hopes of raising $10,000. 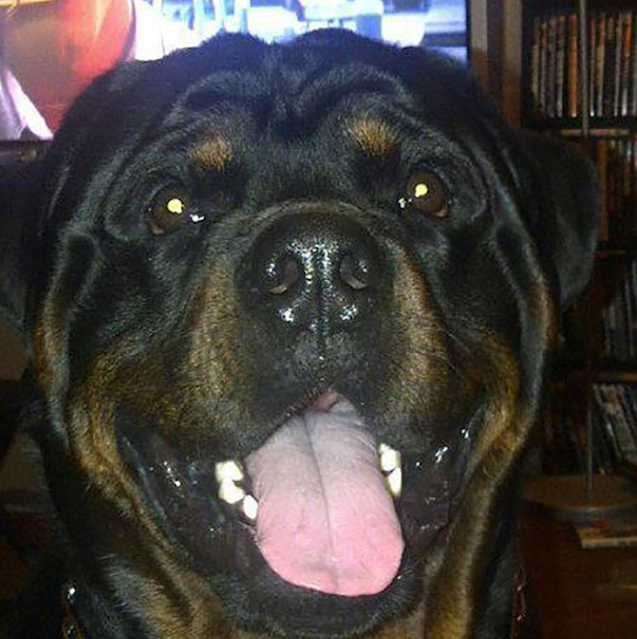 Amazingly, the fundraiser collected more than $6,000 in the months following the fire. Lisa and her family were so thankful for the outpouring of support. Sometimes it takes some outside help to overcome a devastating loss.
Meanwhile, Lisa made sure to post an update about Luger on her GoFundMe page, too. He was still as healthy as can be, and part of the money that was raised would go towards buying the brave pooch a big steak dinner. Way to go, Luger!
Tags
breeds dog blog dog rescued Rottweiler
Related Article