A Great Dane from Worcestershire has surprised her owners by giving birth to 16 puppies.

Chris and Yvonne Leeder took their dog NV - so called because of a family joke - to the vet on Friday when she struggled to go into labour. 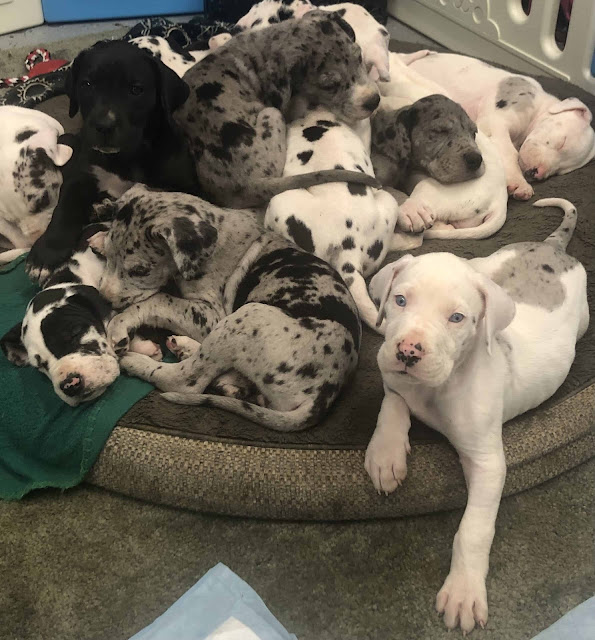 The vet had to perform a caesarean section to deliver the litter.

Mr Leeder, of Bretforton, said mother and puppies were doing well - but that was the first and last litter she would have. 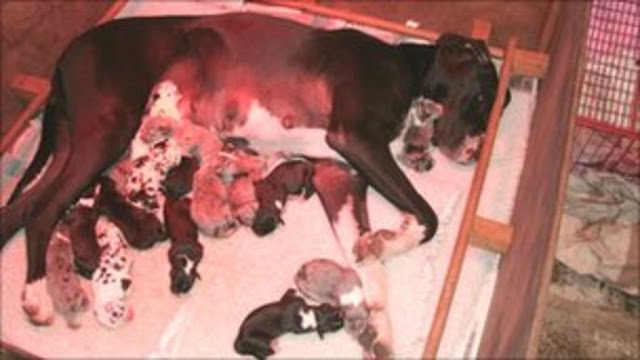 He said the vets lost count when they were delivering the puppies because they were working so furiously. He said six puppies was the typical litter size for a Great Dane.

Mr Leeder, who runs a boarding kennel, said it was cosy in his three-bedroom cottage at the moment, where he also keeps a pig, a parrot, a goat, two sheep, eight horses and three cats.

He said he hoped to find homes for all but one of the newborn puppies, as he wanted to keep one for his wife Yvonne.