Confrontations in the animal kingdom can get nasty. When two species both known for their power and aggression face off, there's no telling how gruesome the meeting might get. 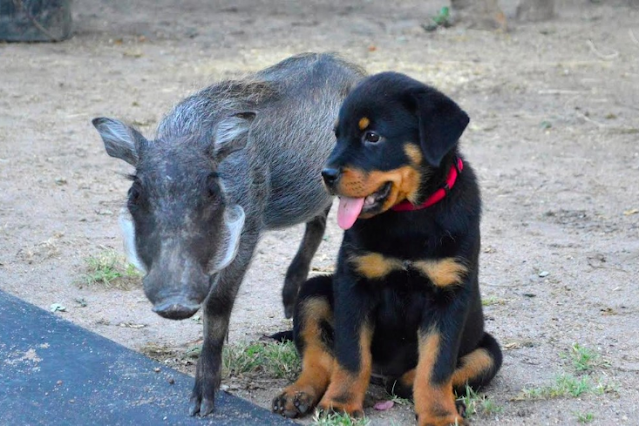 But when this baby warthog and Rottweiler puppy met each other at a wildlife orphanage in South Africa, the result was the last thing anyone expected. 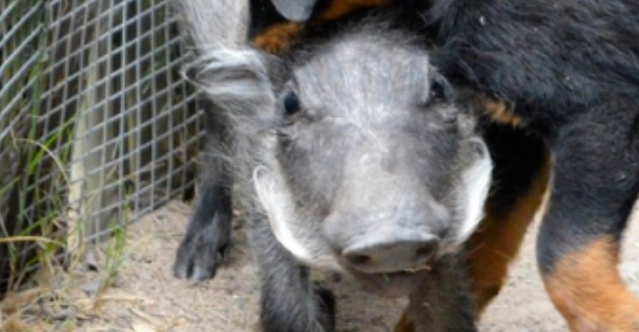 At Daktari bush school in Hoedspruit, South Africa, Piggy the orphaned warthog met Nikita, a Rottweiler puppy the school recently adopted. At first, no one was sure how the pair would react to each other... 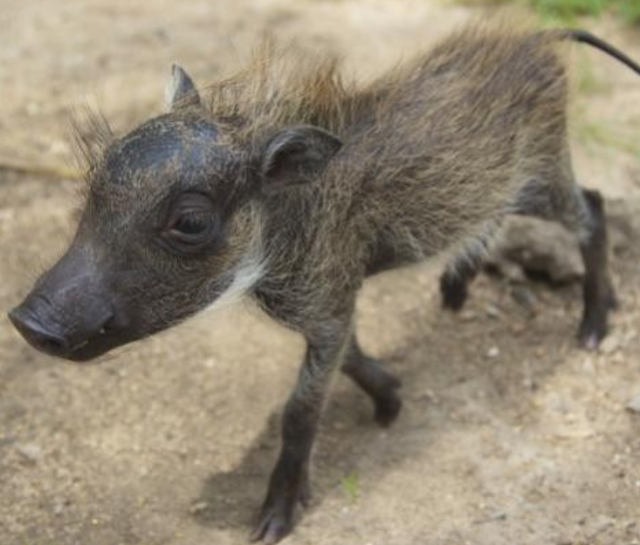 At first, it didn't seem like the two were going to get along at all. 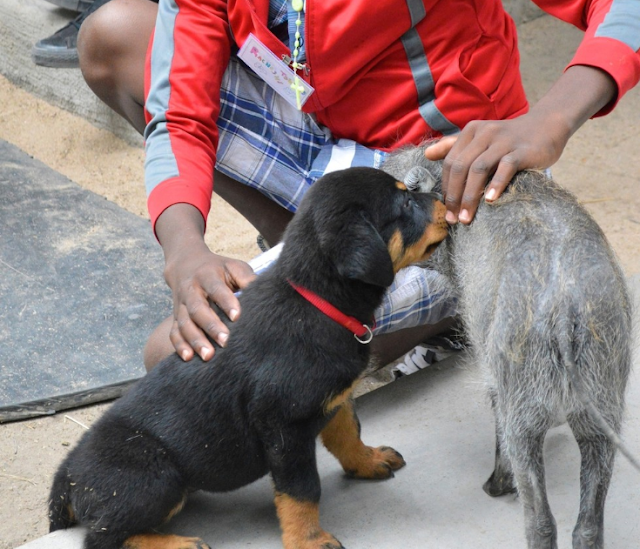 But much to the surprise of the entire staff, Nikita instead took an instant liking to Piggy! 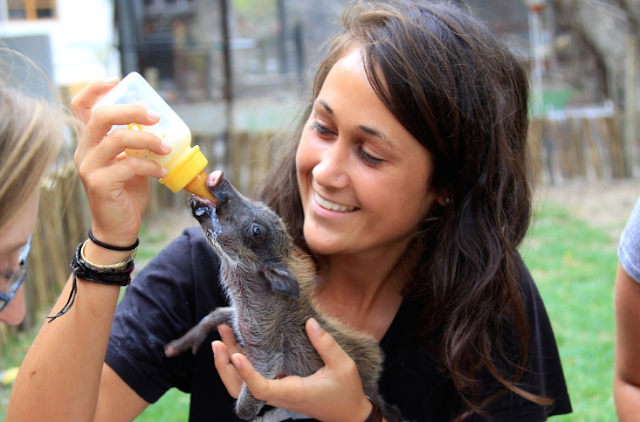 As the little warthog got stronger day by day, so did Piggy and Nikita's friendship. 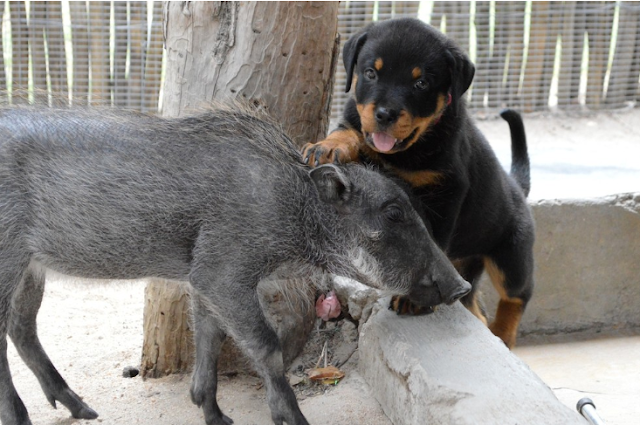 It wasn't long before the two were cuddling daily and playing together like two animals of the same breed. 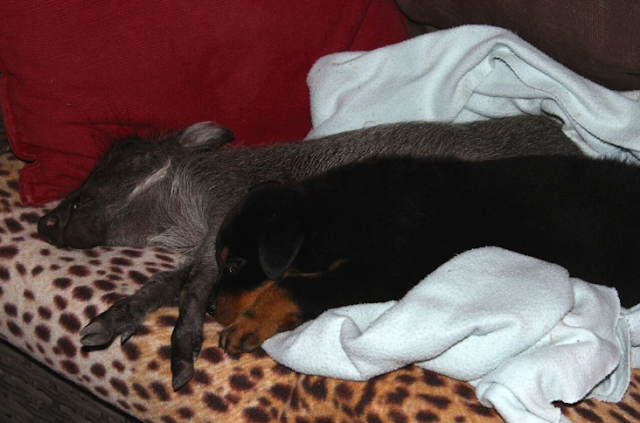 They started taking naps together... 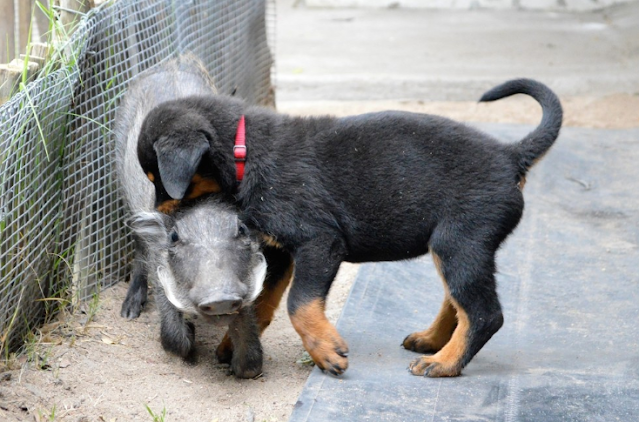 And wrestled when they had lots of energy!

Nikita and Piggy are still getting bigger, but they continue to eat together, play together, and show everyone at the school what true friendship means.