Dinozzo was a wild fox cub living an ordinary life until the day his mother was killed after being hit by a car.

When wild baby animals loose their parents their chance for survival is nearly nonexistent. Lucky for Dinozzo, he was found sitting beside his mother’s dead body and handed over to a vet. At only 3-weeks-old he was given another chance at growing up under the care of a loving mother.

After being checked over by a vet, animal-loving couple Werner and Angelika Schmaing from Oberscheld, Germany stepped up and adopted Dinozzo. Ziva, the couple’s collie dog with great motherly instincts, couldn’t be happier about having an adorable fox around the house. Ziva has since taken the baby fox in as if he was her very own.

The family also owns two adopted piglets and a Bengal cat that goes by the name Leopold. It’s not just Ziva the dog that loves the baby fox; Leopold has also developed a special friendship with the sweet little fox. Together the dotting dog and cat have made Dinozzo feel very welcome in his new home, helping provide him with the love he so very much deserves.

A cat, dog and fox make one unlikely trio but it doesn’t get much cuter than this!

Dinozzo has even learned a thing or two from his new pals, including how to use the cat-door to come and go as he pleases. Werner said, “We’ve decided to let him live like any other fox outside the house.” Despite Dinozzo’s access to freely roam the surrounding area he prefers to spend time with his new best friends. 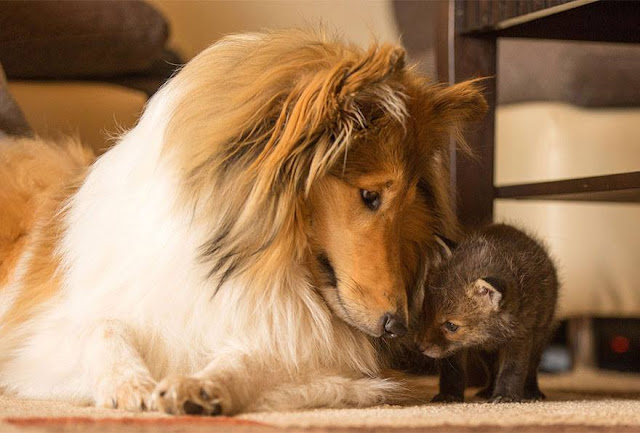 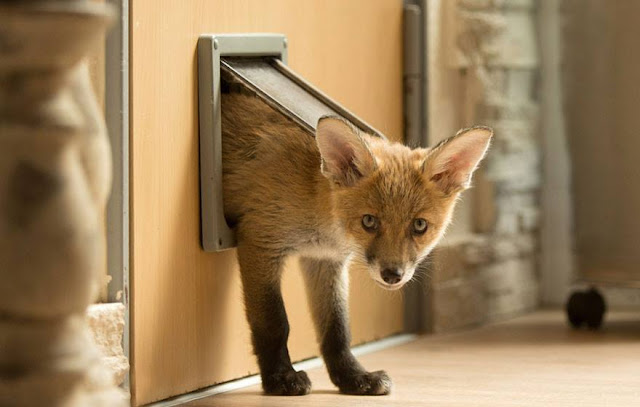 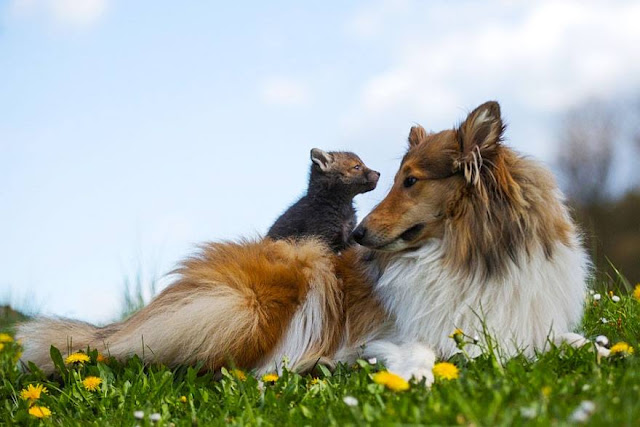 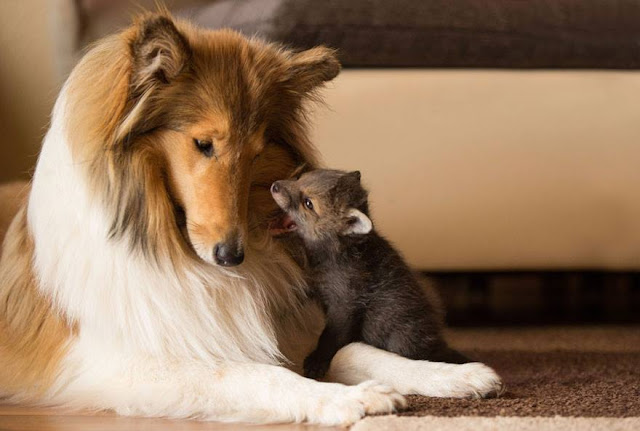 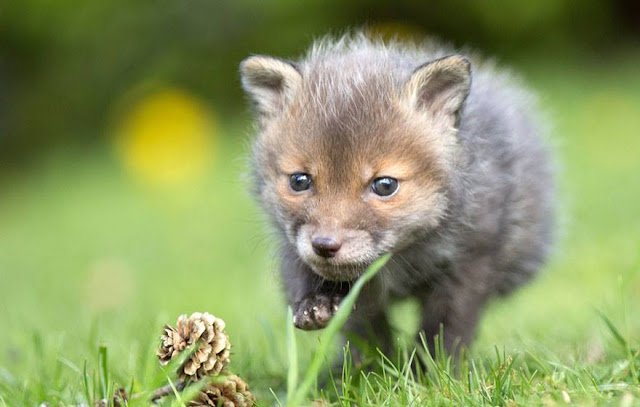 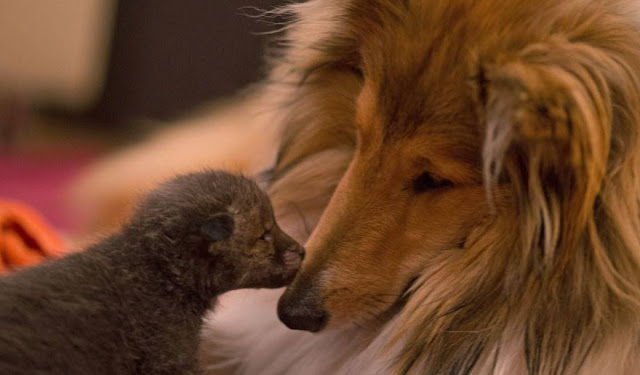 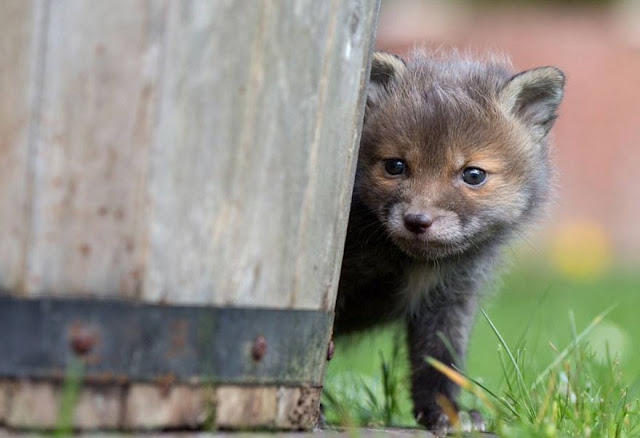 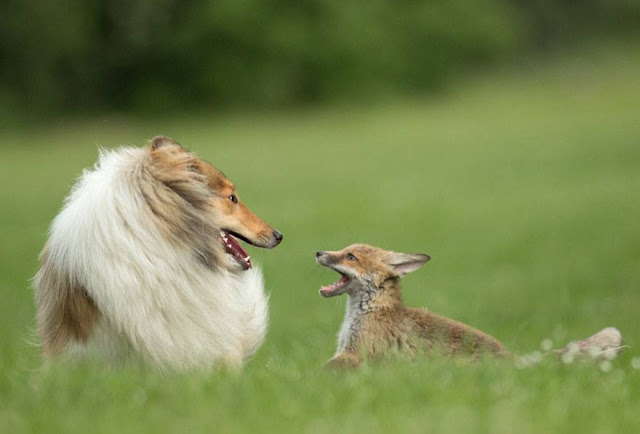 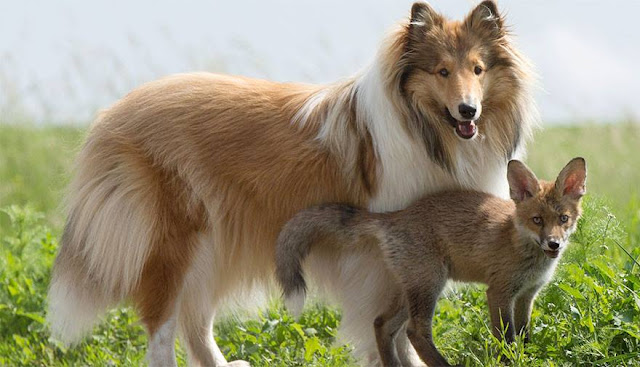 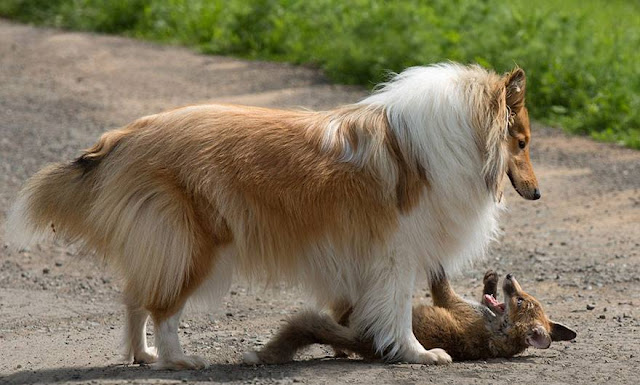 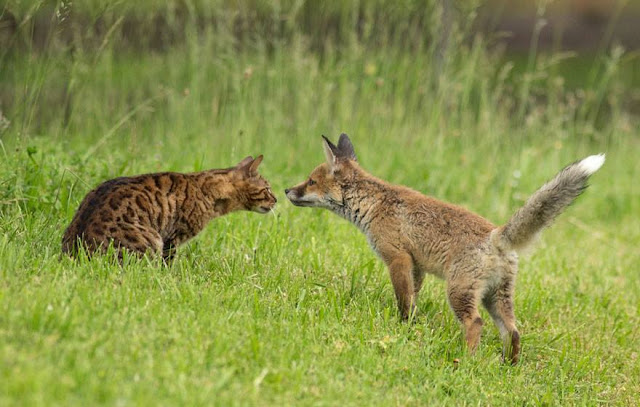