Todd Blacksher, an engineer from Lincoln, Nebraska, used 3DEXPERIENCESOLIDWORKS for Makers to design the skis, which allow his 11-year-old corgi to enjoy the snow like a puppy again 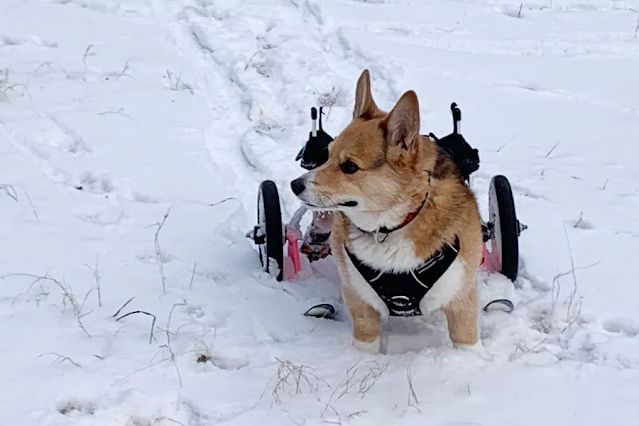 The Blackshers of Lincoln, Nebraska, always want their beloved dog Ash by their side. The 11-year-old corgi joined the family as a puppy in celebration of a special occasion.

"My wife Jade and I set a goal to pay off our debts, and our reward was going to be getting a dog. Ash was that dog," Todd Blacksher, Ash's adoring dog dad, tells Peo.PLE.

After a decade of exploring the outdoors with his family, Ash started to slow down, so the Blackshers consulted professionals for answers.

"About a year ago, we took Ash to Iowa State for an MRI and found out that he has Degenerative Myelopathy (DM). He started to lose strength in his rear legs in early 2020," Blacksher says.

"Due to COVID, we were unable to get him into Iowa State to see a specialist until September 2020. This was when it was determined that he has DM, which is basically ALS for dogs. It was at this time that we started looking into canine wheelchairs. We read that it is better to start using a wheelchair before they really need it," the owner adds of his canine's healthy journey. 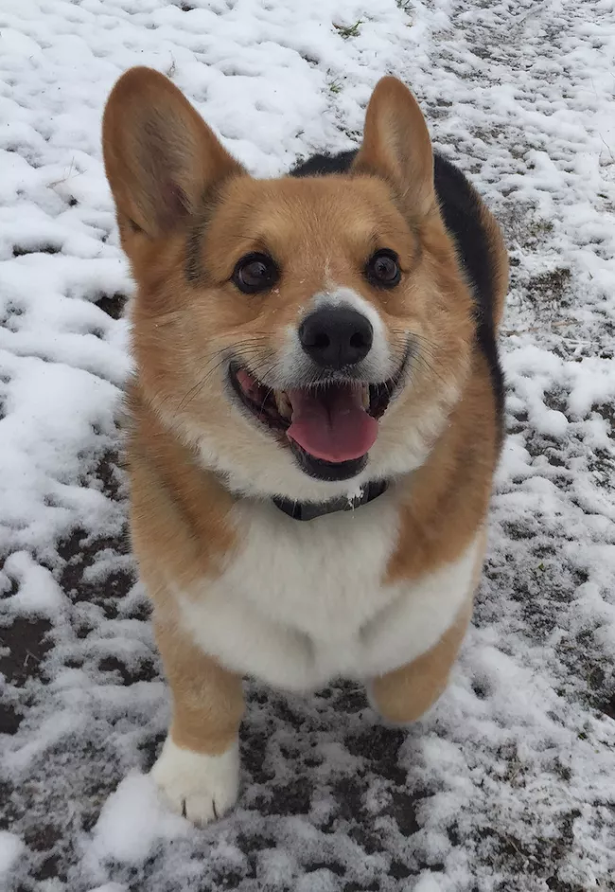 A corgi owner who recently lost their dog to DM gifted their late dog's wheelchair to Ash.

"It did not take him very long to get used to the wheelchair — we take him on daily walks, and he adapted very quickly," Blacksher says of Ash's early days in the wheelchair, which the owner adjusted to fit the dog comfortably.

Even though Ash adjusted well to moving with a wheelchair, some activities were challenging for him, like charging through deep snow. Before Ash's DM diagnosis, the dog loved to run "top speed into the snow."

"Ash loves the snow more than any other dog that we have ever seen. It all started when he was a little puppy," Blacksher says. 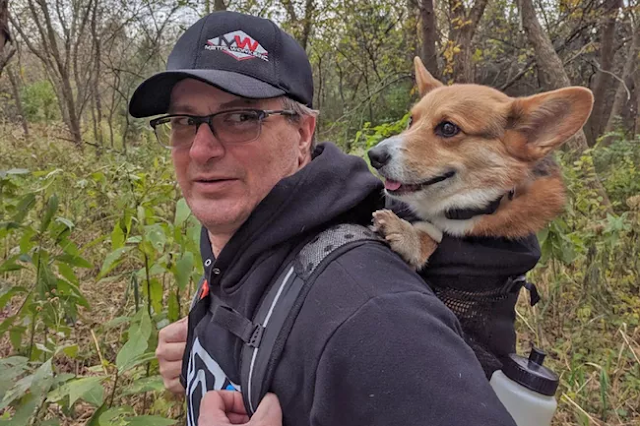 "We quickly found out that his wheelchair did not work very well in the snow. We thought about pulling him around in a sled, but he really wants to run through the snow," the pet parent adds. "I figured that there had to be a way for us to adapt his wheelchair to work in the snow."

Blacksher, an engineer, used his 30 years of design skills and 3DEXPERIENCE SOLIDWORKS for Makers — a design platform that allows hobbyists to bring their ideas to life — to create a ski attachment for Ash's wheelchair. 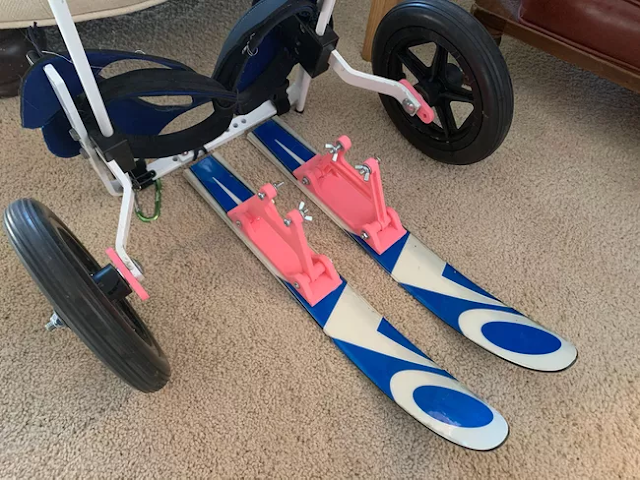 "I pulled some measurements from his wheelchair and started working on some conceptual parts. We told a friend what we were doing, and she donated a pair of cross-country skis. With the ever-changing weather in Nebraska, I knew that I wanted the skis to be easily removable," Blacksher says of his dog ski creation process. "Once I had the design roughed out, I printed some parts on our 3D printer. This allowed me to check form/fit/function and do some testing. It worked great, so I made a few minor tweaks to the design and printed the parts that he now uses."

Now, Ash plays in the snow with puppy-like ease and energy and never misses the opportunity to soar into a fluffy drift. Blacksher hopes his pet project inspires others to create things to better the lives of their furry friends. 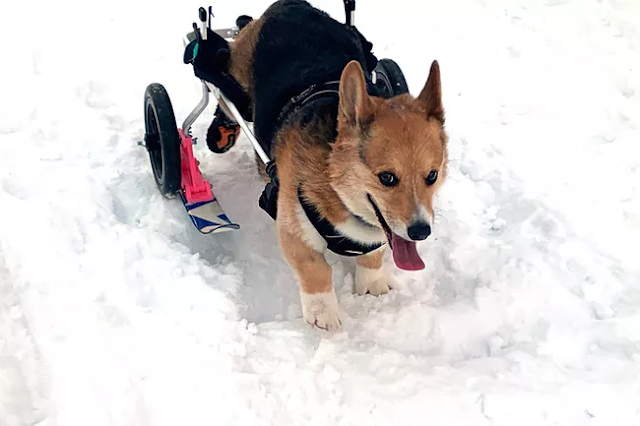 "Ash has brought us so much joy; we are just doing what we can to keep him active and happy!" Blacksher says.

As the weather grows colder, Ash's favorite time of the year is quickly approaching.

"We can tell that he is anxiously awaiting the first snowfall — He has a lot of fun running around in his wheelchair, but he absolutely loves bounding through the snow," he adds.