Meg Rayburn’s new year started off with a cruel bang. 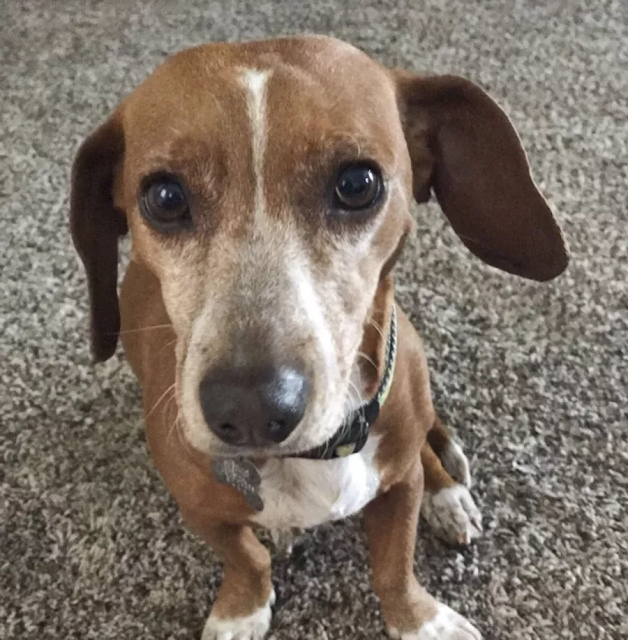 According to KHOU 11, the stray Dachshund was found outside a Jersey Village, Texas, club on New Year’s Eve with pieces of fireworks taped to her back. The fireworks had been extinguished by the time the 2-year-old canine was found, but it was clear someone had lit the explosives, leaving the duct tape melted to the dog’s back.

The pooch, now named Meg Rayburn, had been seen around the area where she was found for several days, without the fireworks taped to her back, but was too skittish to let anyone near her. Laurie and Clint Bergeron were the Good Samaritans who were finally able to pick up the dog after approaching her outside the club on NYE, reports KTRK. After noticing the dog was hurt, the couple brought her to a local animal hospital.

Upon hearing about the cruelty the canine endured through a tagged Facebook post, Dachshund Rescue of Houston contacted the Bergerons and stepped in to look after the little dog. 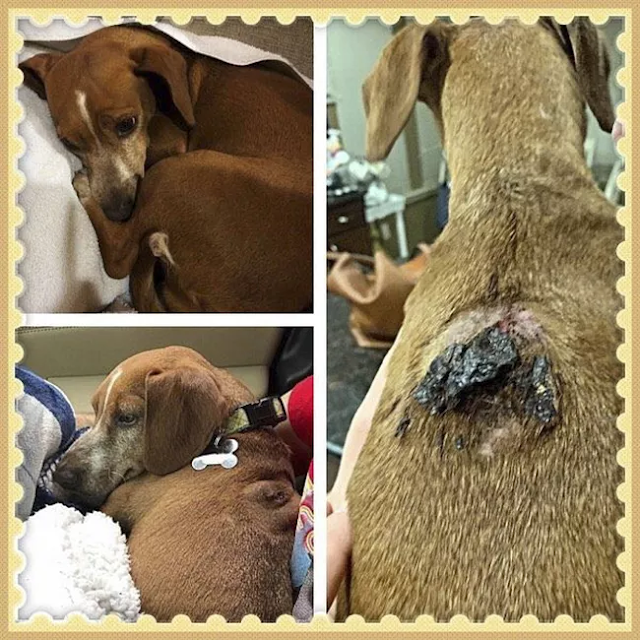 The rescue brought Meg Rayburn to Jersey Village Animal Hospital for further treatment, and is now caring for the Dachshund.

“She is safe now, in one of our loving foster homes. This is what we do. We help dogs like Meg who have no hope and give them a soft spot to rest their heads,” Dachshund Rescue of Houston wrote on Facebook. “We provide all the vetting and care they need to have the best chance at a new beginning.”

Dachshund Rescue of Houston’s Toni Rumley told PEOPLE that the rescue expects Meg Rayburn to make a full recovery from the injuries on her back. The skittish Dachshund is more relaxed in her foster home and is “starting to enjoy life again” after being terrorized by her unknown abuser. 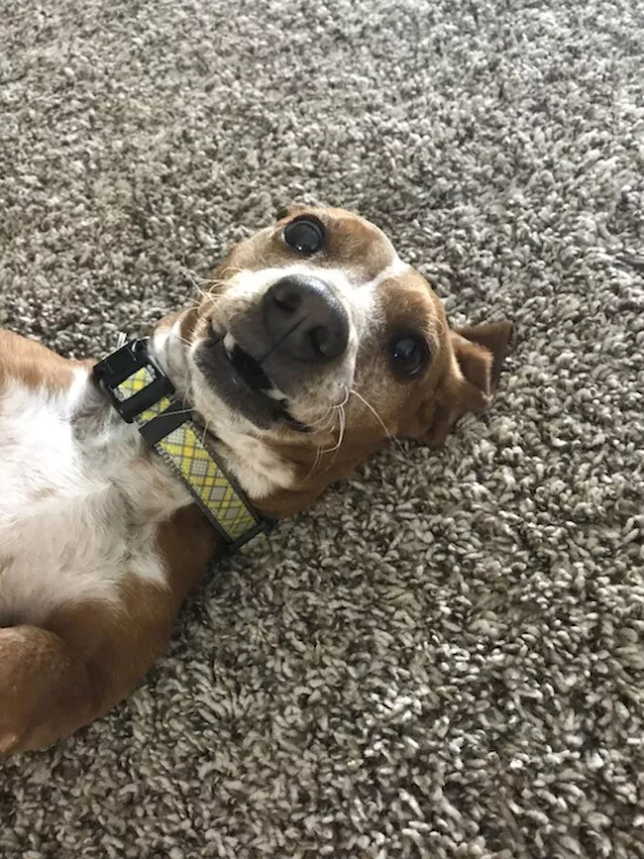 Rumley said the rescue is dedicated to finding Meg Rayburn a loving, permanent home, once the dog has fully recovered. This shouldn’t be hard, since the Dachshund has already received “a great amount” of adoption applications.

If you would like to learn more about Meg Rayburn and how you can help her and other dogs like her, visit Dachshund Rescue of Houston’s website.